Apple has just recently announced that it might break the 1 million mark in sales of its Apple TV this week. 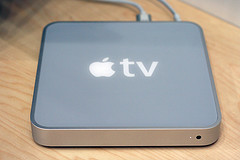 An achievement from what Apple Chief Executive Steve Jobs earlier called as a “hobby”, the one million sales mark of Apple TVs is still relatively small according to the Wall Street Journal.

WSJ says that the sales of Apple TVs is still small since analysts are not including the sales of the product into predictions of performance by the Cupertino, California-based company.

The sale of one million units of the product is seen as an evolving of the product, however, from an experimental to a potential product.

Launched the same day in 2007 as the market-defining iPhone, Apple TV has managed to etch out a niche for itself and has a loyal user base which rents or purchases more than 400,000 TV episodes and more than 150,000 movies per day, according to apple.

The milestone in Apple TV sales comes after news that Google has decided and instructed manufacturers of Google TV equipped devices to delay the launching of their products.