Apple has long been rumored to debut the iPhone 5 this coming week.

An invitation sent by the Cupertino, California-based iPhone maker all but confirms explicitly that it will indeed do so.

Apple on Tuesday sent the image posted below to members of the media. The invitation encourages journalists to come to a September 12 press conference to be held at 1:00 p.m. EDT, 10:00 a.m. PDT.

The event will be held at the Yerba Buena Center for the Arts in San Francisco. 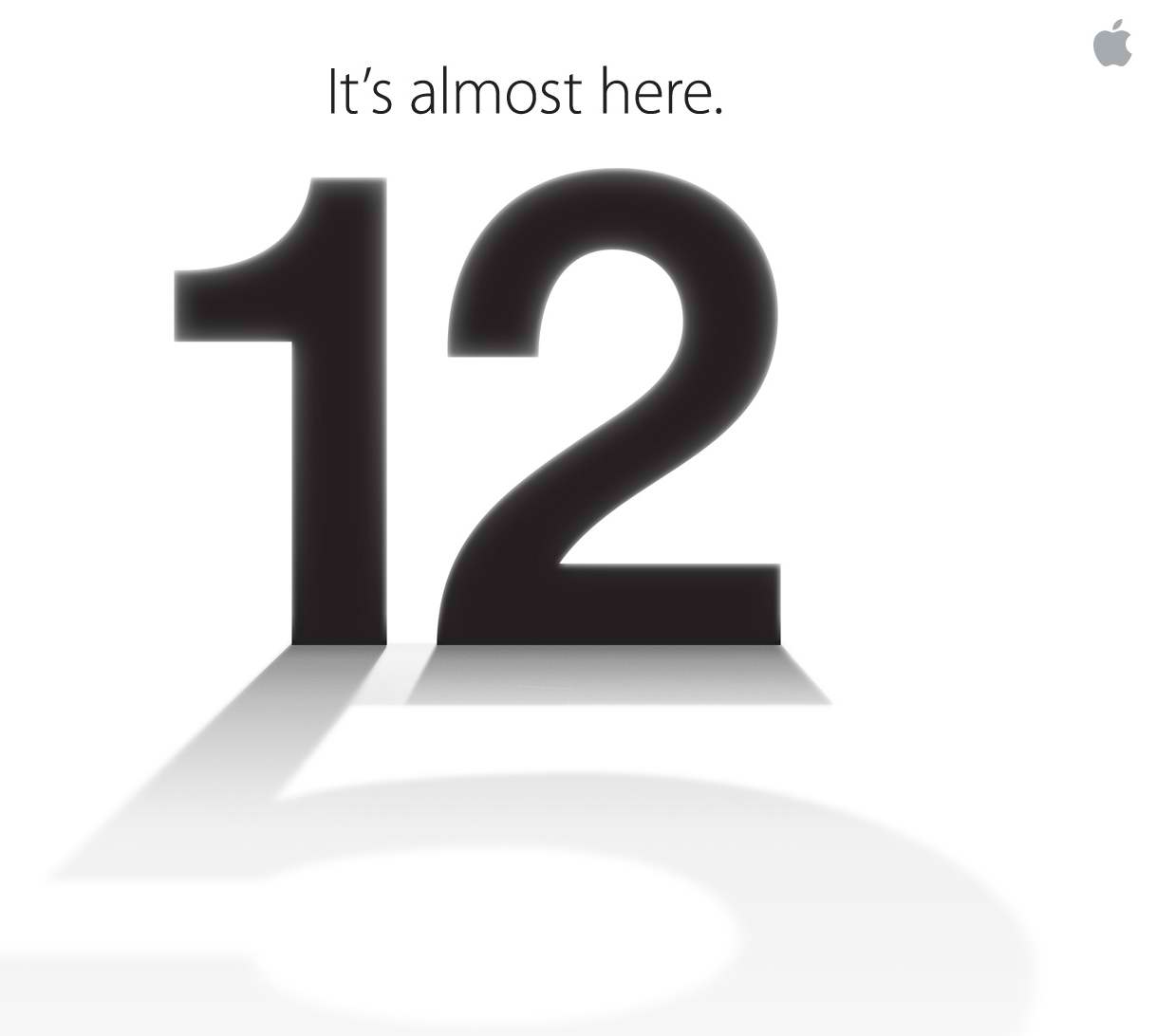 As you can see, the number 12 is prominently displayed in the image. Apple also says that “It’s almost here.”

As to what is almost here, look at the shadow of the number 12. It’s not normal, isn’t it? Yes, that is the number 5.

This is the confirmation we have been looking for and Apple. With its latest invitation, the fruity-named company continues its tradition of sending out cryptic invitation albeit this confirms it will launch the iPhone 5 on September 12.

For comparison, look at how it invited the press last year for the October launch of the iPhone 4S (which we thought would be named iPhone 5 then).

Meanwhile, for those interested, here is a roundup of iPhone 5 news from Social Barrel.

Most iPhone, Many BlackBerry and Some Android Owners Will Buy iPhone 5

iPhone 5 to be Nearly as Slim as iPod Touch

iPhone 5 has Already been Cloned

Other Sites Back Up September 12 iPhone 5 Launch

iPad Mini to be Introduced After iPhone 5

iPhone 5 Will Have Larger Screen – Reports

2 Out Of 5 iPhone Buyers Deflect From Android or BlackBerry