Home » Apple About to Ink Deals With Music Companies – Reports

Apple About to Ink Deals With Music Companies – Reports

Apple is reportedly in the final stages of negotiating deals with major record labels for a new clud-based service which will rival the service being developed by Google and the cloud-based music streaming service recently unveiled by Amazon. 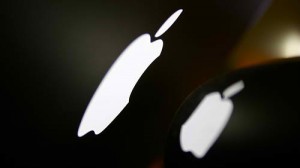 According to The Associated Press, the Cupertino, California-based company “is close to securing deals with all four major recording companies on a music service that will allow users to stream songs stored on remote computer servers”.

Citing “a person familiar with the matter,” the news organization reported Friday that the service will “presumably” be for “an array of portable Apple-made devices.”

Furthermore, Reuters says that the fruity-named company “is close to launching an online music storage and streaming service after reaching deals with three of the four major labels”.

Citing unnamed “several people familiar the plans”, the Reuters report says that Apple “is expected to wrap up the fourth (label deal) in a few days.”

“Warner Music Group Corp was the first to reach a cloud deal with Apple more than two weeks ago and was followed by EMI Group and Sony Corp’s Sony Music Entertainment more recently, according to three people with knowledge of the talks. Vivendi SA’s Universal Music Group, the largest music company in the world, is ‘within days of putting pen to paper on the new cloud service,’ said a fourth person.”

According to the AP, “The cloud music service is likely to be unveiled at Apple’s annual developers’ conference in San Francisco…on June 6.”