Alibaba Begins Test To Deliver Packages By Drone In China

Alibaba may have stolen a match on Amazon as reports have emerged that the company has started a 3-day pilot program to test delivery of packages by drone in China.

According to Tech in Asia, the trial will not only last for three days, but will be restricted to specific areas within a one-hour radius from its distribution centres. The report also added that deliveries are being run by the company’s Taobao division, and will include about 450 customers of Alibaba. That means about 40 customers will have the opportunity to have their goods delivered by drone. A spokesperson of the company revealed to Tech in Asia that the offer is limited to a specific brand of ginger tea, which contains brown sugar, which is used for treating menstrual cramps.

“This is a one-off campaign where ginger tea packets ordered on Taobao can be delivered to designated cities or regions within an hour,” the company said in an e-mailed note. “We’re unsure about future possibilities yet, but this is our first drone delivery service campaign.” 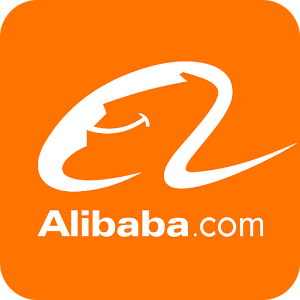 Packages that weigh below 340 grams will be delivered within one hour, while customers must reside within a specific radius of specific distribution sites in Guangzhou, Shanghai, and Beijing, all in China.

While drone deliveries may not pose a difficult huddle for Alibaba in China, the same cannot be said for Amazon in the United States as commercial businesses are prohibited from doing so. However, Amazon is filing a petition claiming that its plan to deliver packages by drone is in the interest of the public.

Alibaba’s is geared at stepping up its investment into logistics, which will enable it tackle “China’s underdeveloped and fragmented parcel-delivery infrastructure.”

Recall that in 2013, SF express also tinkered with the idea of unmanned drones. The company, which is a partner in Alibaba’s logistics network, tested a model that can fly a maximum altitude of 100 metres in Dongguan in 2013. Local media also reported that the company started trying out drones to send out send goods to remote areas in December 2013.