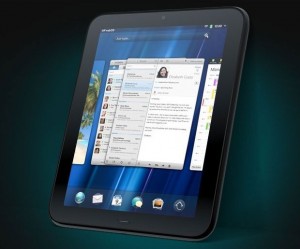 An HP shareholder has filed a class-action lawsuit against the company and its top management, alleging that the top executives misled investors about major decisions including the termination of the TouchPad, reports Reuters. According to the shareholder, the misleading information by the world’s largest technology company resulted in falling of the share prices of the company.

The lawsuit has been filed by Richard Gammel, an HP shareholder. The complaint states that HP concealed from investors that its existing business model had become completely ineffective. It also kept it a secret that webOS had lost importance in HP’s business model.

In August, HP’s shares plunged 20 percent after the company announced that it is planning to spinoff of the world’s largest PC business and stop production of WebOS devices such as the TouchPad. The fall in HP’s shares was biggest single-day drop since stock market collapse of 1987.

The lawsuit accuses company executives including Leo Apotheker and Cathie Lesjak of providing misleading information and making positive statements about the performance of the company that were later found to be completed wrong.

Meanwhile, HP has declined to comment on the issue.