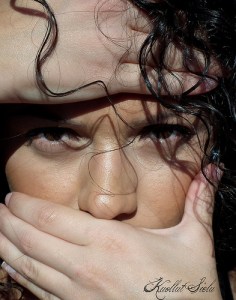 YouTube recently launched the “human rights” channel. It features videos from activists all over the world, and is accessible here: Human Rights Channel.

YouTube has teamed up with WITNESS and Storyful. WITNESS, co-founded by musician Peter Gabriel, is a nonprofit organization that supports activists documenting human rights activists by giving them digital cameras, while Storyful is a “social media ‘field producer'” for Internet video.

Sam Gregory, program director for WITNESS, and Olivia Ma, news manager of YouTube, wrote in a “human rights” channel page, “In the case of human rights, video plays a particularly important role in illuminating what occurs when governments and individuals in power abuse their positions.”

It is somewhat ironic that YouTube is hosting this channel, because the site’s community guidelines states, “Graphic or gratuitous violence is not allowed. If your video shows someone being physically hurt, attacked, or humiliated, don’t post it.”

A WITNESS spokesperson states that “the focus of the channel is to provide attention not only to the most visible violations of civil and political rights, for example suppression of peaceful protest or police torture, but also to highlight citizen documentation, testimony and action around other human rights issues..”

YouTube has no control in the programming on the channel, but decides which videos it will host. The community guidelines also states that, “YouTube staff review flagged videos 24 hours a day, seven days a week to determine whether they violate our Community Guidelines. When they do, we remove them.”