Home » Why Google Play is still the leading app store

Why Google Play is still the leading app store

Why Google Play is still the leading app store 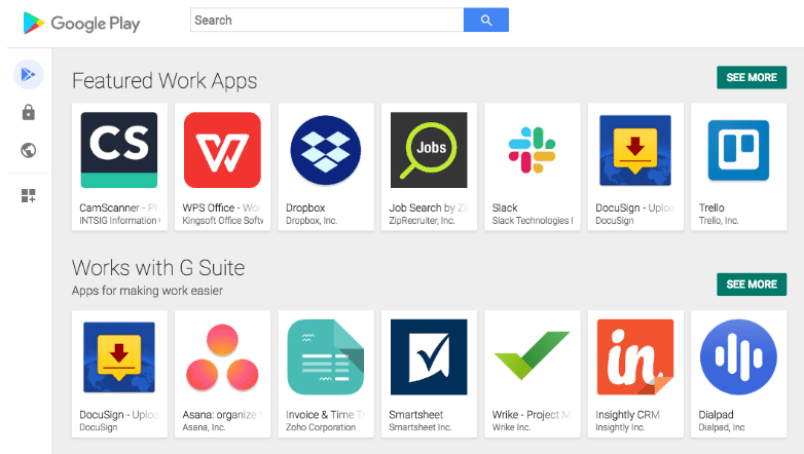 For years now, Apple and Android have been competing against each other for the title of the most functional and popular platform on the market. Although each of them is remarkable in some specifics, for the past few years Android has without comparison been dominating the app market.

Google Play, Android’s Appstore, was launched back in October 2008 under the name “Android Market”. In a little over 10 years, the online store has 2.7 million apps available offering a range of applications. Android customers can download apps, with a majority that are free of charge, focusing on music, games, films, office related apps and many more.

If you’re looking to launch your own app into the Google Play Store, make sure you team up with a developer who understands the landscape. You’ll be amazed by some mobile app developer success stories made possible through Android’s robust OS.

The Android OS offers a great deal of flexibility for developers, allowing them the opportunity to create better apps that offer a far more personalized experience. Android uses open-source coding, giving developers more room to maneuver. It encourages third-party programs, supports multiple languages, and with additional platforms such as ARCore, it positions developers to make the leap into Augmented Reality.

To get a sense of just what the Android market looks like, here are a few of the apps that are currently dominating Google Play.

The app comes #1 when it comes to messenger apps and is very popular with teenagers with features like group chatting, voice messages and location sharing.

Ranking higher than Instagram and Snapchat, this social media app is all for creating and sharing short lip-sync, comedy and talent videos. The app was launched in 2017 by ByteDance and has created many viral trends and helped launch the careers of several performers.

Mostly used as a dating app, Tinder is a location-based social search app allowing users to ‘like’ or ‘dislike’ other users by swiping right or left. When two users match, they can start a conversation. Users can share pictures, a short biography and they can also link their Instagram, Facebook or Spotify account if they wish to.

The name says it all – this app lets you share anything with any users using other platforms. Users can use the app to transfer files, including photos, videos, music, contacts, and any other files they wish to transfer. SHAREit has been one of the top 10 most downloaded apps on Google Play for the last 10 years joining WhatsApp Instagram, Skype as one of the big players.

Of course, we couldn’t make a list of the most popular apps on Android without including Instagram. This free app allows users to share their photos and videos with their followers or with a select group of friends. They can also comment and like the posts shared by their friends on the platform.

Through the app’s existence, many users have found a career out of sharing their lives on the platform. Many popular brands will partner up with what we call ‘Influencers’ to drive more traffic into their Instagram page or simply their online store.

Of course, Google Play offers many more apps to the public — but this list shows what drives consumer trends and what experiences users are craving.