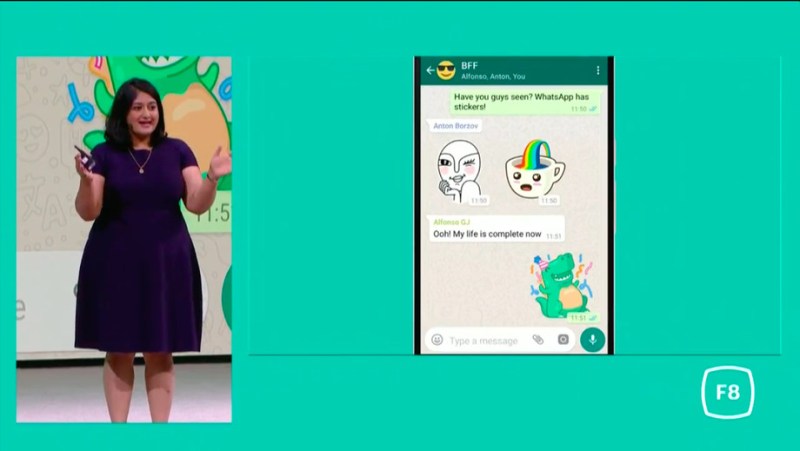 WhatsApp is almost set to roll out the much-touted group video calls. This will not only make the messaging app more appealing to users, it will also make group chats more interesting.

The group video calls is one of several new changes and additions being made to the app by WhatsApp. Among other additions, the Facebook-owned app is adding stickers and the Restrict feature also for group chat.

Facebook announced the upcoming changes on Tuesday during its annual F8 developer conference. The group video calls, according to WhatsApp director Mubarik Imam, will be rolling out in the next couple of months.

Not much was given away in terms of information by the WhatsApp director, but The Verge reports that the example video indicates that “calls will allow four people to simultaneously participate.” With over 450 million daily users, and over 2 billion minutes of video and audio calls daily through the app, there is no doubt that the time to step up the game is now.

WhatsApp is also adding stickers, which brings the app at per with other popular chat apps like Messenger, Line and WeChat. What’s more? Third-parties will also be allowed to their own collections of stickers.

Following the successful launch of WhatsApp Business on Android a couple of months ago, the Facebook-owned app has announced that it will start charging major brands for additional perks to enable them reach as many customers as possible.

Still in beta, the feature is available in the iOS, Android and Windows version of the app. The Restrict feature is already rolling out to every user on 2.18.132 on Android. As a matter of fact, Android users will need to upgrade to version 2.18.132 in order to remotely receive the activation of the feature on their phones.

The Restrict feature is located in the Admin Settings, which is a new option within the Group Info that is visible only to the Admin. The Admin can also grant permission to edit the group info to any member of the group.

The Restrict feature is still in its beta state, but will almost certainly be rolled out to everyone soon. For now, the only way to access the new feature is by updating the version of your app to 2.18.132 in the Google Play Store.

Got something to add to these stories? You can share your views by using the comment box below. Do tell us what you think about the group video calls as well as the Restrict button.