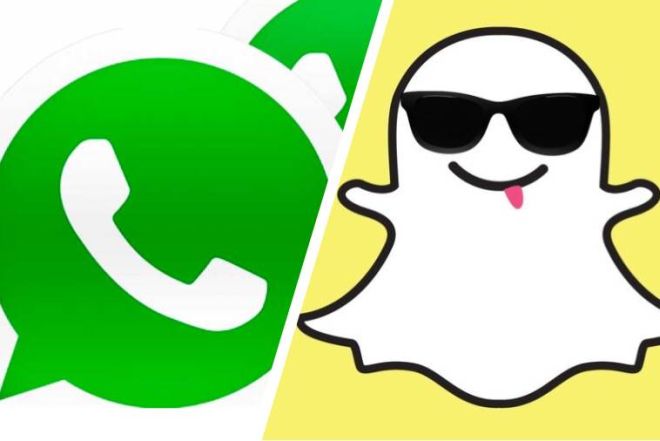 No breather for Snapchat—first it was Instagram copying “Stories,” and then came Facebook; the social media giant launched its own selfie lens called Masks. On Friday, Mashable spotted a public beta of Facebook-owned WhatsApp with a Snapchat-like feature called ‘Status;’ its own version of Stories.

The new feature, which could be a part of the next updates to be released if all goes to plan, is hidden in the beta build of the chat app’s Android and iOS clients. If you are a beta tester, you can give join others to give the feature a test before it hits a public launch maybe soon. You will also need a rooted Android phone or jailbroken iPhone; whichever sides of the divide you belong.

Status is much like Snapchat’s or Instagram’s Stories, and is aimed at letting users share multiple updates every day. I haven’t actually tried it out, but Manish of Mashable said each of the instances of status has a 24-hour lifespan, and can be shared with all your contacts on WhatsApp or with select people. You can locate it [Status] under a “Status” tab on WhatsApp, sitting in the middle of existing “Chats” and “Calls” tabs.

Say all you will about Facebook’s recent obsession with some Snapchat’s features; the truth is no one will care that much if the company gets things done with some deft touches here and there. When a company takes an original product and tries something cool and unique with it, and it turns even better than how it was, then that’s no longer stealing.

“This isn’t about who invented something. This is about a format, and how you take it to a network and put your own spin on it,” Instagram’s CEO Kevin Systrom told TechCrunch weeks back when Stories was launched. Reinventing Stories is exactly what Instagram has done by suggesting who to follow atop the Explore bar.

Shortly after launching its own version of Stories, Instagram introduced some new innovations to the feature. Instagram added a new row of circular avatars at the top of your Instagram feed. Your followers will be able to see your posts without needing to create a new audience in a third-party app.

No one, not even Snapchat would remember Status if WhatsApp went ahead to put a Midas touch to it and get millions of people using it every day.

All you have to do if you are not a beta tester is hope that the new feature is rolled out as a stable version soon. So, keep your fingers cross and hope all tests work to plan.

A couple of days back, Facebook launched Masks, selfie lenses for Live video. Currently only available to some users of the network, people can now start using the special effects when they go Live. Recall that Facebook acquired MSQRD a while ago; and the company now wants to fully capitalize on its strength to make its service a lot of fun for everyone.

“If you’re looking to share moments in real time with added flair, you will soon be able to go live on Facebook wearing a mask,” Facebook said.