WhatsApp has enabled Face ID and ID Authentication on iOS 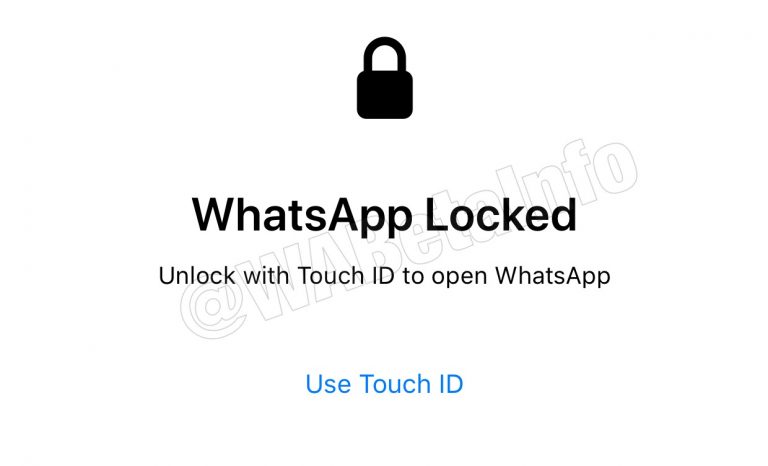 Finally, WhatsApp has enabled Face ID and ID Authentication on iOS. WABetaInfo had first broke the news of the aforementioned feature a couple of weeks ago, and is also first with the news that the feature is finally available for all iOS users.

The feature was initially only available as close beta, but WABetaInfo is reporting that Face ID and ID Authentication are now for all beta users. What that means is that all users having the AppStore version now have access to use the new feature.

The Authentication feature is available when you go to Settings > Account > Privacy on your WhatsApp app. For those who have an iPhone X or newer, Face ID is available, while those who have older version can use an iPhone with a fingerprint sensor can use the Touch ID option, which is visible.

You can test the authentication feature to see if it is active on your device by closing WhatsApp and reopening it again. This, however, will require you to authenticate your identity in order to use WhatsApp.

That said, if you iPhone fails to detect your identity, then you can choose to enter the iPhone Passcode to open WhatsApp.

One of the highpoints of enabling the fingerprint feature is that your data is encrypted in your device, which denies WhatsApp access to extract information from your phone. As a matter of fact, no data is sent to WhatsApp server since the authentication process is managed by iOS. The feature, according to WABetaInfo will be enabled in version 2.19.20 of the app.

WhatsApp for iPhone welcomed some new updates earlier in the year in order to improve how people use the messaging app. That was actually the very first update of the year, and users can now access among other features, the ability to chat privately with another member within a group.

While the reply privately within a group is one feature that has been available on the Android version for a while, those on iOS now also have access to privately respond to chat within a group.

A changelog published in the App Store showed that the new version of the app for iPhone, which is version 2.19.10 will allow for private response among members within groups. Reply privately is not the only feature added to this update; other features like 3D Touch support to preview a contact’s status, and ability to add stickers to photos and videos.

To use the reply privately feature, simply tap and hold a message in a group chat and select ‘More,’ then select ‘Reply Privately.’ That said, you will have to update your version to 2.19.10 to be able to access the new features.