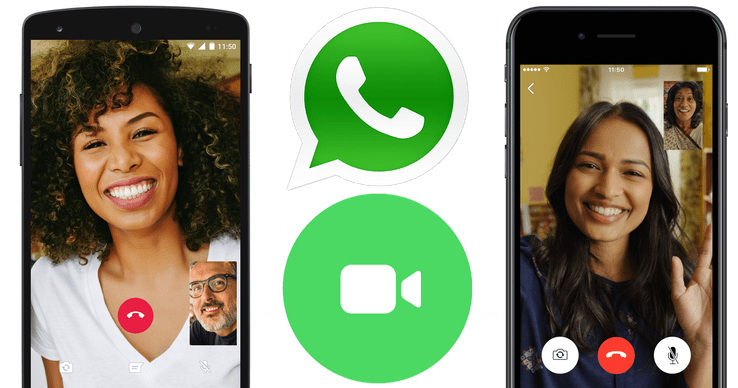 This brings WhatsApp on per with other great video calling chat app like Facebook Messenger and Line. A bit late no doubt, but this piece of news will no doubt gladden the hearts of WhatsApp users across the world.

The video calling feature is still being rolled out globally, and may not be immediately available. Hopefully, it should be available to a global audience within the next couple of days.

“Today we’re excited to announce the next step in our efforts to connect people – WhatsApp video calling. In the coming days, WhatsApp’s more than one billion users can make video calls across Android, iPhone, and Windows Phone devices,” WhatsApp said in a blog post on Tuesday.

WhatsApp has been in the news lately—testing and adding a bunch of new features to make its more than 1 billion users happy. Last week, the company added animated GIF images, but only for iOS users. As an iPhone user, you will be able to send and receive unlimited Gifs from your friends. This probably should have been added long before now, but better late than never.

There is even more; the last update lets you convert your videos not longer than 6 seconds into GIFs before sending them to the recipient. Turning your short video clip into GIF is easy too; select a clip from your camera roll and tap the GIF toggle to convert it.

Earlier in the month, we also brought you a report that WhatsApp was testing a Snapchat-like feature called Status. The new feature, which could be a part of the next updates to be released if all goes to plan, is hidden in the beta build of the chat app’s Android and iOS clients. If you are a beta tester, you can join others to give the feature a test before it hits a public launch maybe soon. You will also need a rooted Android phone or jailbroken iPhone; whichever sides of the divide you belong.

Status is much like Snapchat’s or Instagram’s Stories, and is designed to let WhatsApp users share multiple updates every day. I haven’t actually tried it out, but Manish of Mashable said each of the instances of status has a 24-hour lifespan, and can be shared with all your contacts on WhatsApp or with select people. You can locate it [Status] under a “Status” tab on WhatsApp, sitting in the middle of existing “Chats” and “Calls” tabs.

Oops! Just to add that Windows users are not left out of the new video calling ability of WhatsApp. So, along with Android and iOS users, you can now look forward to making video calls to your friends as long as they have a phone that supports the latest version of WhatsApp.

To start making video calls on WhatsApp, simply hit the call button that can be found in the top right corner of a conversation. This takes you to an overlaid interstitial asking if you want to voice or video call the person you are chatting with. From there, you can make your choice.