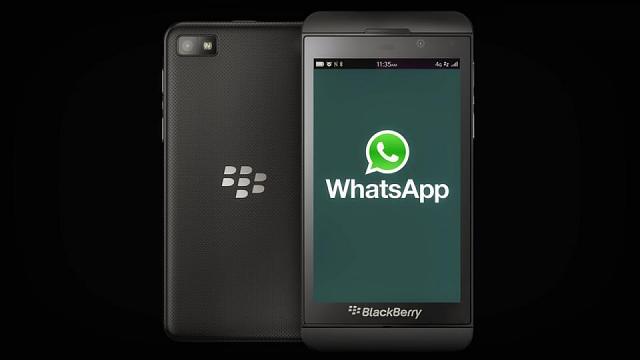 Soon it will be 2018, and WhatsApp will make good its promise to stop support for BlackBerry OS and Windows Phones. That company has confirmed via its FAQ page that its support will no longer extend to Android versions older than 2.3.3, Windows Phone 7, iPhone 3GS/iOS 6, and Nokia Symbian S60.

BlackBerry and Windows Phones users will no longer be able to create new accounts, and won’t also be able to verify existing accounts—but of course, they will be able to continue using the WhatsApp app.

What now for all users of aforementioned devices? WhatsApp is asking users of those older devices/OS to consider switching to new device and verify their number on the new one.

In a post marking its seventh year anniversary in 2016, WhatsApp had given reasons why it would pull the plug on support for the aforementioned OS:

“While these mobile devices have been an important part of our story, they don’t offer the kind of capabilities we need to expand our app’s features in the future.

“This was a tough decision for us to make, but the right one in order to give people better ways to keep in touch with friends, family, and loved ones using WhatsApp. If you use one of these affected mobile devices, we recommend upgrading to a newer Android, iPhone, or Windows Phone before the end of 2016 to continue using WhatsApp.”

The case of BlackBerry was slightly different from the rest of the devices—WhatsApp moved the goal posts; and of course, it didn’t stop support for the OS at the end of 2016 as earlier announced.

It’s only a couple of days; four days to be precise before the end of 2017—and that means you have to switch to an OS supported by WhatsApp.

WhatsApp clocked an important milestone last July when it announced that it had reached 1 billion daily active users. 2016 turned out to be one of the most eventful years for the mobile chat app as it edged several other chat apps.

WhatsApp added a few highly-sought after features including, video calling, two-step verification, animated GIFs, and a couple of others. It got even better for the app as Apple announced that WhatsApp was the most downloaded free iOS app.