VLC is now available for your Android mobile viewing pleasure. The free, popular media player that supports almost all media file types is currently on its beta stage of development.

In 2010, an iPhone version came up on the iTunes App Store but was pulled out just as quick. Apple iPhone users, who only have a mediocre selection of playable media types that are native to the handset, met the arrival with prompt willingness. The anticipation of running VLC on Android is not as exciting, especially with the multitude of media players that can play multiple formats on the Play Store. Android versions of BS Player, Dice, or MX Player already are sufficient for a user’s viewing needs.

Even so, VLC Beta has a room for Android device owners who use its versions across other platforms, as long as they note the affixed “Beta” warning. The media player’s mobile version requires smartphones with ARMv7 processors with NEON support. As such, entry-level Android phones should keep out of it. Its programmers displayed a list on the Google Play Store several unfinished features that they currently are working on for the final release. Listed items include a basic user interface, better performance, and fixing a few audio issues.

If you own a supported phone, VLC Beta for Android should allow you to view the complete video and media library in the handset. It offers full search capabilities that include support for network streaming and subtitles, which is convenient for watching foreign language films.

Unfortunately, not all phones will experience smooth video playback, especially those that do not have support for hardware decoding. Only two handsets currently support MKV video hardware acceleration: Samsung Galaxy S3 and HTC One X. The Samsung Galaxy Nexus and Galaxy S2 can also play 720p videos but not in MKV format.

Hardware acceleration for video decoding is not enabled by default after installing the app. You need to enable the feature from the preferences window if using a supported device. Enabling the feature offers better video playback that rids of decoding issues, such as sluggish frame rate, out of sync audio and video and pixelated frames. Just like the default Android music player widget, the VLC Beta widget displays cover art, audio controls and access to its media library.

Interested Android device owners can download the mobile app on the Google Play Store for free. However, we highly suggest waiting for the release of a stable version, unless you are a power user and patient enough to tinker with the settings. 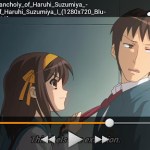 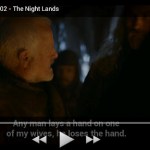 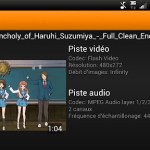 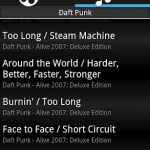 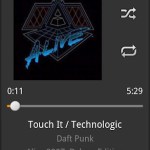 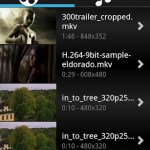