Home » Verizon to finally take over Yahoo after approval from shareholders

Verizon to finally take over Yahoo after approval from shareholders 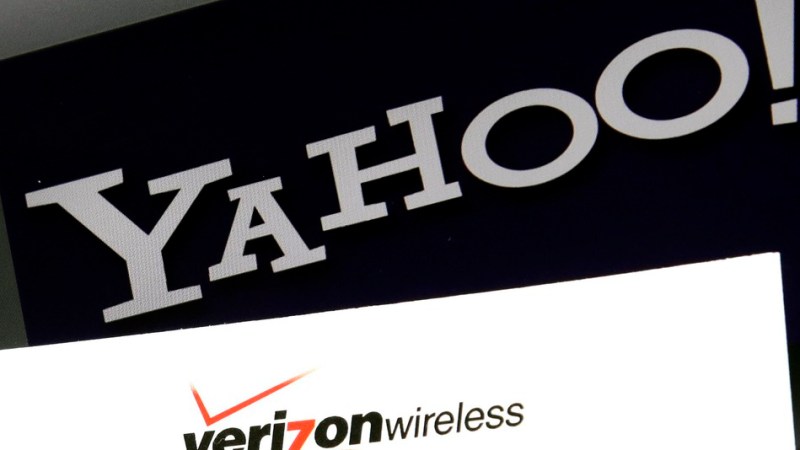 The endless wait for the closing of the deal that will see Verizon take over Yahoo is finally over. The date set for the takeover is next Tuesday, June 13th, according to report.

The formal takeover of Yahoo is expected to be followed soon after by the changing of the company’s name to Altaba. This will also come with restructuring, which will now see Yahoo become an investment company.

Earlier threatened by recent data breaches that affected Yahoo, the deal is all set to be formalized; but not according to the figure quoted in 2016. A whopping sum of $350 million has been shaved off the initial fee agreed between both companies—and no thanks to recent attacks on Yahoo data.

To most industry watchers and all those that have been following this deal closely, this didn’t come as a surprise. In October, Verizon said that the massive data breach disclosed by Yahoo was a huge occurrence that could put on hold its $4.8 billion purchase plan for Yahoo’s core business.

“I think we have a reasonable basis to believe right now that the impact is material,” Verizon General Counsel Craig Silliman said of the breach, speaking to a small group of reporters at a roundtable. A “material” effect in this case is one that would harm Yahoo’s financial value, and make the Web giant less attractive to purchase.

Well, the breach did affect the value of Yahoo, and this much was revealed when both companies agreed to reduce the price Verizon will pay to acquire Yahoo’s operating business by $350 million.

Announcing the decision of both companies to slash the earlier amount agreed in 2016, Marni Walden Verizon executive vice president and president of Product Innovation and New Businesses, via Verizon’s official blog said:

“We have always believed this acquisition makes strategic sense. We look forward to moving ahead expeditiously so that we can quickly welcome Yahoo’s tremendous talent and assets into our expanding portfolio in the digital advertising space.

“The amended terms of the agreement provide a fair and favorable outcome for shareholders. It provides protections for both sides and delivers a clear path to close the transaction in the second quarter.”

In a regulatory filing it made in January, Yahoo said its name will be formally changed to Altaba as soon as the deal is completed. What this means is that all remaining assets, including Yahoo’s stake in Alibaba Group Holding Ltd. And Yahoo Japan will now be Altaba’s; a name formed from a combination of “alternate” and “Alibaba,” a person familiar with the story said in the report.

Prior to that announcement, Yahoo’s sale to Verizon was threatened by two major hacks that affected user data. Though, Yahoo made it clear in the filing that Verizon could terminate its purchase or renegotiate the terms as a result of the hacks.

Reports of massive job cuts surfaced on the internet on Thursday; with major tech and news blogs reporting that Verizon will lay off thousands of employees upon completion of the deal next Tuesday.