According to a study involving older adults aged 68 to 91 years, using Facebook might give them a mental boost. The results were shown to an International Neuropsychological Society meeting held in Hawaii.

Forty two adults participated in this study and divided into groups of three. The first group was taught how to use Facebook and each member was tasked to put up one post per day. The second group was taught how to use an online diary website and was tasked to make short entries on the online diary which they can only see. The last group was not trained to do any of the two.
Prior to and after the training sessions, the participants took a couple of tests to measure their cognitive abilities.

Results showed that eight weeks later, the group trained to use Facebook were 25 percent better at “updating;” a scientific term which means focusing on important information amongst a stream of new information, than they were prior to the training. In contrast, there was no improvement in updating for those in the other two groups.

The Diary group and Facebook group showed developments in their ability to process data, where none was made for the third group. According to Janelle Wholtmann, a University of Arizona psychology grad student, this shows that rapid information processing can be improved by learning and using these two sites.

The study is quite small and the results preliminary, so larger studies need to be done for confirmation. Furthermore, the researcher is still trying to look for more disparities present in the data obtained from the three groups. Furthermore, Wohltmann wants to know more about why Facebook improves “updating” abilities and not the online diary site. 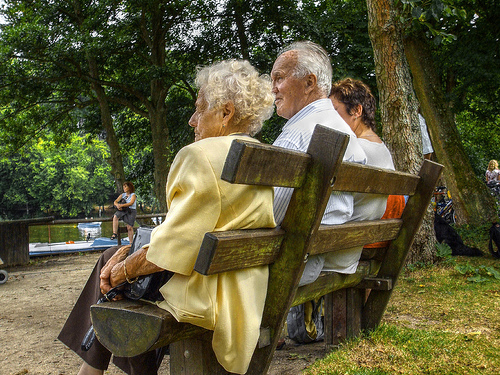 With regards to that query, Wohltmann wonders if the Facebook news feed format may have a lot to do with how people improve their “updating.” That is, people are facing a constantly changing and regularly updating news feed, which forces users to filter out information while trying to focus on your own post. In contrast, you can only see the diary entry you are making in that online diary site.

Wohltmann adds that it’s just not Facebook that helps you improve “updating,” but tasks that require similar skills and those that have similar brain function effects. That includes, being active in the social, physical and mental aspect as one grows older. That keeps or improves cognitive functions.

To continue to be active, Wohltmann adds that older adults should exercise, volunteer, or learn new activities.