US investors plan to buy TikTok from its Chinese owner to escape an imminent White House ban against the popular short video app.

Led by venture capital firms General Atlantic and Sequoia Capital, the tech investors are in talks with the US Treasury and other government regulators. They want to know if US security concerns will drop if TikTok cuts ties with China through a buyout, an investor familiar with the matter told The Information.

The election campaign of US President Donald Trump last weekend sponsored Facebook ads to accuse TikTok of espionage on US users. Lawmakers and security watchdogs have raised concerns as the app runs on tens of millions of American mobile phones.

If the buyout gets a thumbs-up, people involved with the discussions said that Beijing-based TikTok owner ByteDance will keep a minority stake, with non-voting shares.

“This is the only viable plan,” the investor told The Information.

US private equity and tech firms have also reached out to ByteDance founder Zhang Yiming to strike a deal for TikTok.

Still, General Atlantic and Sequoia were taking it up a notch, the sources added. One of the investors said ByteDance was unwilling to have a rival company share its technology.

The White House is deliberating whether or not to take action against TikTok. Discussions include a possible blacklist of the entity in the country and cripple its business.

Staunch groups in the state and justice departments want to ban it, the investor said.

Trump economic adviser Larry Kudlow last week advised that TikTok could pull out of ByteDance and run as an independent American company.

ByteDance-owned Musical.ly, which had an office in California, is also under review by the Committee on Foreign Investment in the US (CFIUS).

“Originally when we sat down with them, there was talk of just a lot of restrictions. But after India shut down TikTok, the discussion completely metastasized,” the investor admitted about CFIUS as a growing risk for the company.

Discussions with CFIUS began weeks ago and may last for 90 days.

CFIUS-chair US Treasury kept mum on the possible buyout and its Musical.ly investigation. They said the law forbids them from disclosing information filed with CFIUS. And they do not comment on CFIUS cases whether or not certain parties have filed notices for review. 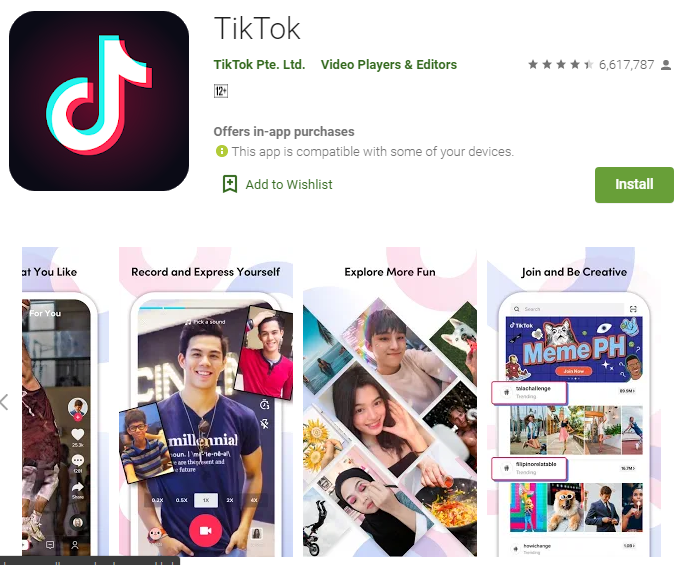 How much will investors offer ByteDance for TikTok?

ByteDance reached US$ 75 billion valuation in a 2018 fundraiser. While TikTok has amassed hundreds of millions of users, the investor doubts its profitability.

Most of ByteDance profits stem from Douyin, the Chinese version of TikTok. “It is young and it is early on in the monetisation process. But it is a unique asset,” said the investor.

“Since publicly announcing two weeks ago that we are evaluating changes to the corporate structure of the TikTok business, there have been numerous suggestions made by external people not involved in the company’s internal discussions. We do not comment on rumours or speculation. We are very confident in the long-term success of TikTok and will make our plans public when we have something to announce,” said TikTok.