The United Kingdom will have the fastest broadband speeds that Europe can offer three years from now, according to Culture Secretary Jeremy Hunt in a speech.

Talking to audiences at Google’s campus building in East London, the government official boldly announced the broadband plans as he also addressed negative commentaries from the House of Lords about his obsession with speed, rather than coverage. 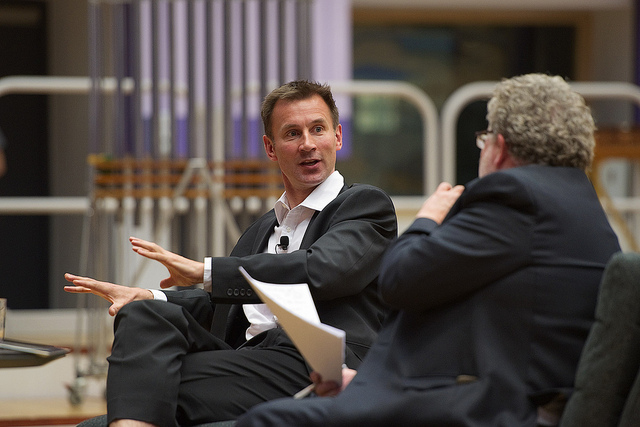 To which he said,

When the Lords Committee criticised me this summer for being preoccupied with speed, I plead guilty. And so should we all.

Because we simply will not have a competitive broadband network unless we recognise the massive growth in demand for higher and higher speeds. But where their Lordships are wrong is to say my focus is on any particular speed: today’s superfast is tomorrow’s superslow.

I am today announcing an ambition to be not just the best, but specifically the fastest broadband of any major European country by 2015.

Hunt unveiled that the British government has considered doling out a £300 million television license fee to offer high-speed broadband (more than 24 Mbps) for 90 percent of the country.

The Culture Secretary said that the government will start to spend more to connect UK homes on a slower Fiber To The Cabinet (FTTC) system, which will serve as an interim solution while the high-speed broadband is rolling out.

The reason we are backing Fibre To The Cabinet as a potential medium-term solution is simple. The increase in speeds that it allows – 80Mbit/s certainly but in certain cases up to one gigabit – will comfortably create Europe’s biggest and most profitable high-speed broadband market.

And in doing so we will create the conditions whereby, if fibre to the home is still the best way to get the very highest speeds, private sector companies will invest to provide it.

The good news, however, is not indicative of policy changes. It only means that the UK wants to make sure that it will not get left behind European rivals in broadband connection speeds.

Moreover, Hunt stated in his speech that from May 2010 broadband speeds in the UK increased by 50 percent to surpass those of France and Germany.

“Two thirds of the population are now on packages of more than 10 Mbps, higher than anywhere in Europe except Portugal and perhaps surprisingly Bulgaria,” he said.

With respect to the global broadband scenario, however, the UK is way behind South Korea, which topped the chart in Akamai’s latest State of the Internet report for the first quarter this year.

The Asian country has an average speed of 15.7 Mbps, which triples that of the UK’s 5.6 Mbps average broadband speed.