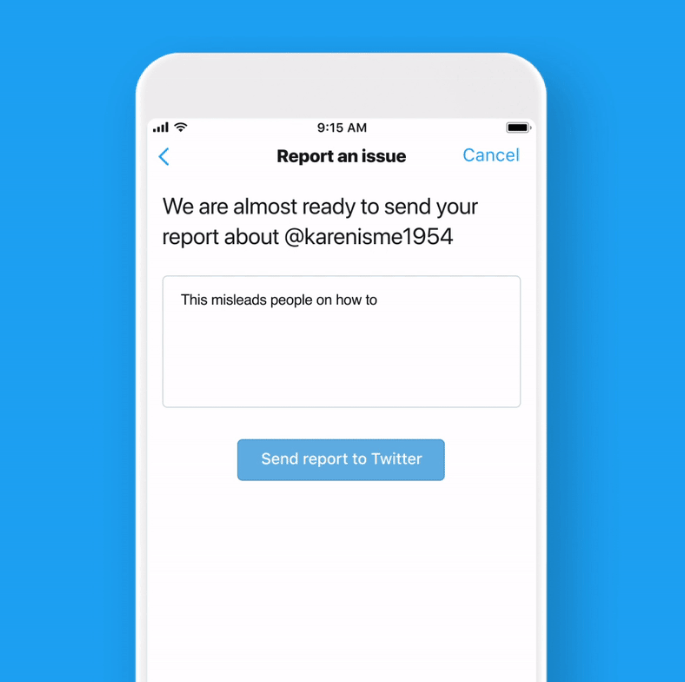 Twitter has expanded the ability to report misleading tweets also known as fake news by adding a new tool. The new tool is coming ahead of the forthcoming Lok Sabha in India and the EU elections. That said, Twitter expects that its latest addition will be extended to other places where elections will be held in the future in order to reduce external or undue influences.

“Today, we are further expanding our enforcement capabilities in this area by creating a dedicated reporting feature within the product to allow users to more easily report this content to us. This is in addition to our existing proactive approach to tackling malicious automation and other forms of platform manipulation on the service,” a blog post by Twitter Safety wrote.

The fact that users with personal vendetta in mind could abuse the process requires Twitter to strengthen their appeal process—and good thing is that the company is already thinking along that line.

Recall that Twitter recently strengthened its appeals process in the event that it made a wrong call when reviewing cases. “We move quickly to enforce our rules, but sometimes we don’t have the full context and can make mistakes,” the company tweeted a couple of weeks ago.

Only a couple of weeks ago, Twitter announced plans to cut down on the number of people you can follow on its platform per day. The social media giant announced the latest change in a tweet in a move that could help slow down the growth of spam on its platform. You will only be able to follow 400 Twitter users per day—a difference of 600 from the usual 1,000 before the announcement. The microblogging giant said this helps to fight against spam, which it claims violates its privacy policy.

The move will cause several companies to rethink their plans, especially when it comes to allowing users/customers to follow a larger number of users with the help of tools. Some companies/individuals make use of bots to help customers grow their user base as against Twitter’s policy on privacy.