Twitter will soon let you limit who can reply your tweets

A new option that will allow you to restrict who can reply your tweets would soon be launched by Twitter. This was made known by the company’s director of product and management, Suzanne Xie at the CES event in Las Vegas. Xie used the occasion to unveil some other upcoming changes being planned by the microblogging company—with emphasis on conversations. 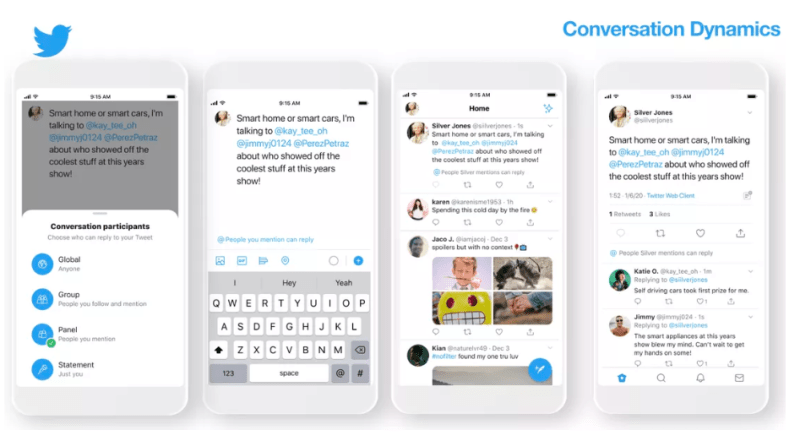 “Getting ratio’d, getting dunked on, the dynamics that happen that we think aren’t as healthy are definitely part of … our thinking about this,” Xie says per The Verge.

Twitter is one of the first places that comes to mind when you are looking to get breaking news. However, following conversations on the microblogging platform is not much of a fun for a lot of people. That, according to Jane Manchun Wong; a respectable reverse engineer is about to change for the better. In a tweet on Tuesday, the reliable tipster said Twitter is working on “Conversation Tree” that comes “with the ability to focus a specific tweet, even from a permalink.”

Conversation tree, which is now being tested on the main Twitter website and will be rolled out in 2020, will make following conversation on the platform easier. You will also be able to click on any tweet to focus on it.

Twitter is also reportedly working on a cool feature that could give users access to add alt text to GIF. News like this one could get a lot of users excited as it has the potential of bringing out the creative ability in them.