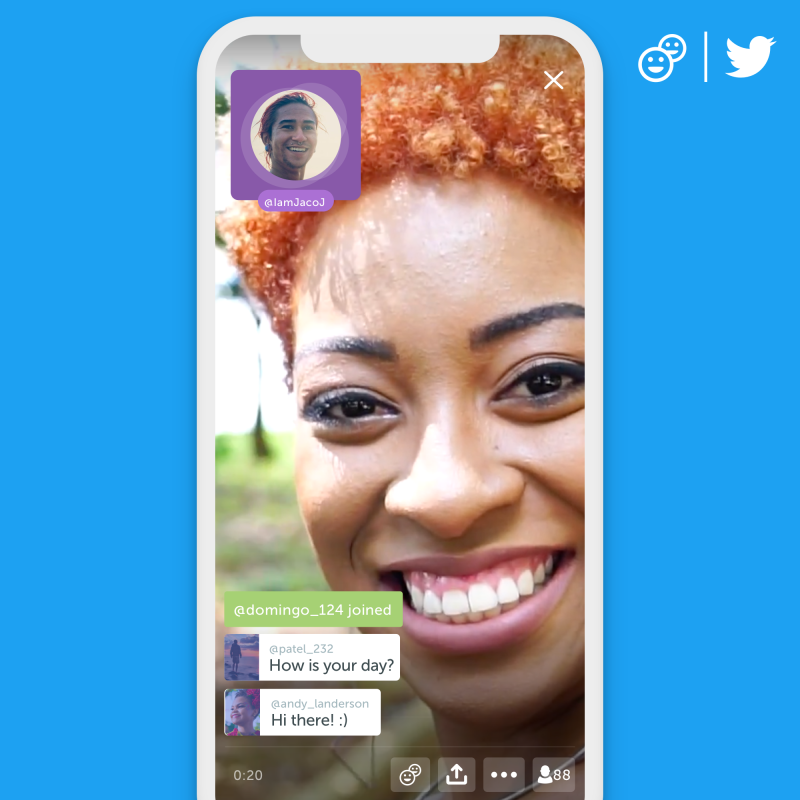 The microblogging company announced the new feature in a blog post today. In the post, Twitter said: “Tweets are going #IRL and now you can host a live video and invite up to three people as guests. Those you allow to join can be heard by everyone and can drop off at any time.”

To start a live broadcast with guests, simply open the camera by swiping left from your timeline à tap the Live mode at the bottom à tap go Live to begin your broadcast.

Starting today, you can broadcast live with up to three guests of your choosing. With just a few taps, you can take your broadcast from a solo event to a group one. Check it out: pic.twitter.com/kgBTX0gKwD

Allowing people to go live with guests is one of the smartest business decisions by Twitter. The move will not only keep the conversation going, it will encourage businesses and influencers to relate well with their followers. You can discuss your interests with anyone around the world, ask questions or introduce topics that people can contribute to and have their say, and even more.

For now, viewers of the livestream will only be able to hear audio of the guests, but Twitter said it is already thinking of ways to add videos for guests too.

Twitter owned standalone app Periscope has a similar feature that allows up to three guests to be invited to live recording. Users are allowed to invite audience members to the Twitter-owned app, while Periscope will then broadcast audio from you to everyone else in the stream. The good thing is, if any of the three guests drops off, you will be able to add another one to complete the current maximum number of allowed guests.

The reason for this is to encourage more of the podcast crowds to use Periscope. It remains to be seen how Twitter pulls this one out considering how much ground Periscope has lost since the microblogging platform added the ability to go live within its main app two years ago. While other social media platforms like Facebook and Twitch have made a habit of raking in profits from offering users the ability to broadcast to their audience, Periscope has not really been that successful commercially.

Meanwhile, users also have the opportunity to exit the live broadcast if they desire to do so. All they need to do is to tap the “X” at the top left of the screen. They can choose to continue watching the live broadcast as viewers after leaving.