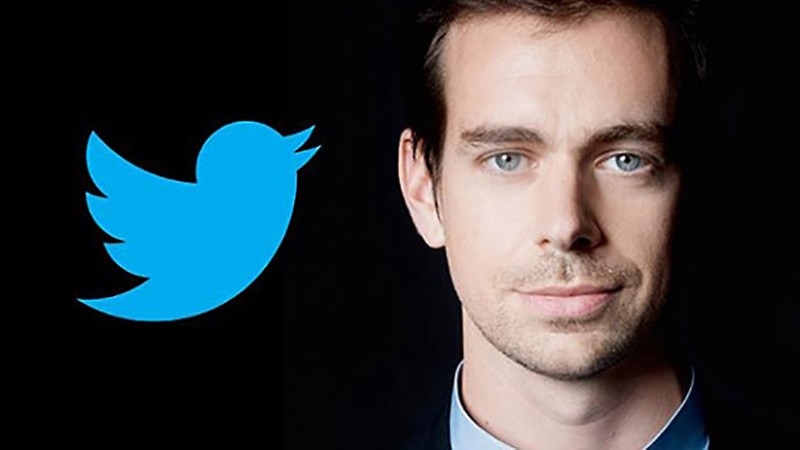 Perhaps, Twitter could do with a little help from its users. Twitter CEO, Jack Dorsey wants suggestions from users on features that would help the microblogging website perform better in 2017 than it did in the outgoing year.

Dorsey engaged millions of Twitter users on the platform on Thursday; spending more than six hours tweeting on what they [users] hope to see from the social media service as we move into the new year. The conversation was opened with “What’s the most important thing you want to see Twitter improve or create in 2017?” 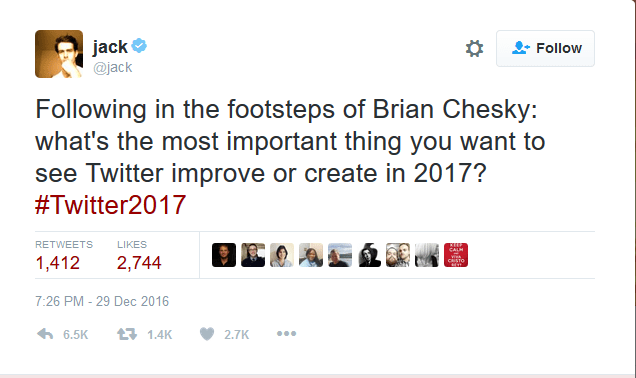 As would be expected, Twitter users responded with their suggestions, while Dorsey in turn responded to their fears. He took time out to explain the company’s plans, emphasising his earlier promise to play a more prominent role in engineering and design decisions at the microblogging website.

Much emphasis was placed on the social media giant analyzing ways on how to improve its search and properly organize a user’s timeline of tweets according to topic. according to the Twitter CEO, the most requested feature is an edit button to allow users fix spelling and grammar errors quickly.

Twitter managed to change some of its old and rigid feature; including its 140-character limit, counting media as part of the character limit among others. The company also introduced a couple of new products such as tools for reporting and muting hate speech, 360-live videos to Periscope, and a few others.

Despite adding a muting and reporting tool to tackle hate speech, the company was unable to get an all-clear from the European Union. The EU was not too happy with Twitter and Facebook for not doing enough to curb hate speech on their platforms.

Apparently Twitter and Facebook are not doing enough to tackle hate speech, and the EU has vowed to go tough on them. The European Commission said it will force both companies to go hard on trolls if they fail to act or adopt stricter measures to deal with the issue that is fast assuming an alarming dimension.

“If Facebook, YouTube, Twitter and Microsoft want to convince me and the ministers that the non-legislative approach can work, they will have to act quickly and make a strong effort in the coming months,” Jourova said.

Despite making several efforts at finding a buyer, the microblogging company was unable to get Microsoft, Salesforce, Google and even Disney to place a firm bid to acquire it. This deeply affected the company, especially as suitors pulled out for reasons based on Twitter’s poor history of handling trolls.

Dorsey, however, failed to respond to concerns over Trump’s presence on Twitter. Users expressed worries that adding an edit button would let Trump alter public records; with some users calling for imposition of a short time limit to edit simple mistakes on the platform.

He concluded by promising to do another Q&A sometime in the future.