Home » Twitter Poised to Become Next Biggest IPO of the Century

Twitter Poised to Become Next Biggest IPO of the Century

Twitter is ready to be the tech industry’s next IPO of the century after Facebook; a far cry from its humble beginnings.

Twitter was conceptualized by Jack Dorsey, along with some of his co-workers at Odeo, a podcasting service based in San Francisco, to improve work place communication. They created an app called twttr for instant group messages. The tweets were limited at 140 characters even then, as this was the ideal format back then for sms text-messaging.

According to Jake Sorofman, a digital marketing analyst for Gartner, “there was a period of time when I thought of it as a novelty at best.” He further depicted the old Twitter as a place where you can share about mundane things, like the food you just ate. 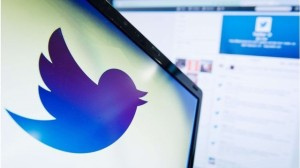 Nowadays, Twitter is a global marvel. It has about 200 million monthly users that tweet about topics that range from natural disasters to political events, along with the daily mundane ramblings. Television networks are rushing to keep up with this source of global news.

According to eMarketer, Twitter’s ad sales could reach as high as 1 billion dollars next year, more than 3 times last year’s earnings. The company is allowed by the new federal rules to keep some details to themselves for now, including when the stock offer will begin and the company’s target raise.