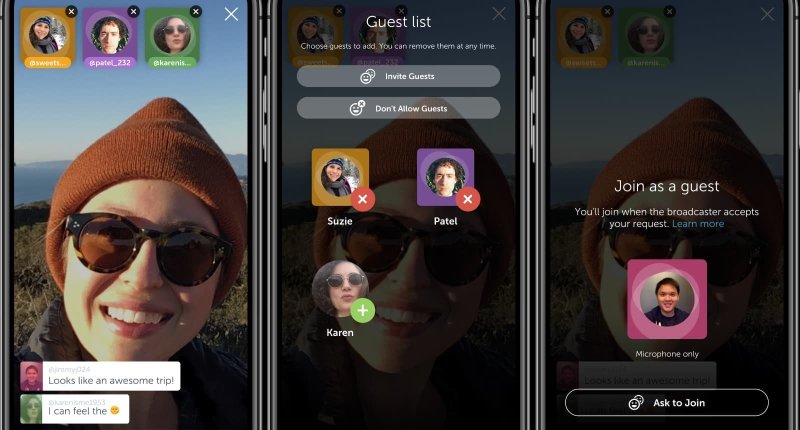 A new feature has been added to Periscope—and it is one many users have been asking for in a while. The new feature will allow up to three guests to be invited to live recording ton Periscope.

Users will be allowed to invite audience members to the Twitter-owned app, while Periscope will then broadcast audio from you to everyone else in the stream. The good thing is, if any of the three guests drops off, you will be able to add another one to complete the current maximum number of allowed guests.

The focus here, according to The Verge, is to encourage more of the podcast crowds to use Periscope. It remains to be seen how Twitter pulls this one out considering how much ground Periscope has lost since the microblogging platform added the ability to go live within its main app two years ago. While other social media platforms like Facebook and Twitch have made a habit of raking in profits from offering users the ability to broadcast to their audience, Periscope has not really been that successful commercially.

In this latest move, people can request to join the conversation, and will equally have the chance to leave at any time. “With this launch, we’re enabling richer conversations by allowing viewers to call in, like a talk show, and join with their voice,” Kayvon Beykpour, Twitter’s head of product said in a statement per Engadget. “This makes live conversations even more fluid, and allows for new possibilities and ways people can have conversations.”

If you are a guest, you will be able to join the conversation with your microphone for now. However, Engadget reports that Twitter is already working on the ability to let users share video. The microblogging company is also planning on bringing the new feature to its own platform.

In other news, Twitter chief Jack Dorsey has hinted of the possibility of introducing editable tweets. Dorsey said this in a wide-range interview with Joe Rogan, which could well give us a clue into what the microblogging company could be on to next.

Rogan suggested to Dorsey that Twitter add support for an edit button where users could edit their tweet, though the original version of that tweet would still be viewable by people. The response he got showed that Twitter was already thinking along that line.

Details are still sketchy for now—with Dorsey suggesting a 5-second to 30-second window for allowing tweet editing. It does give us a clue into what the microblogging company might be thinking of, but details remain unclear. “You could build it as such so maybe we introduce a 5-second to 30-second delay in the sending. And within that window, you can edit. The issue with going longer than that is it takes that real-time nature of the conversational flow out of it.”