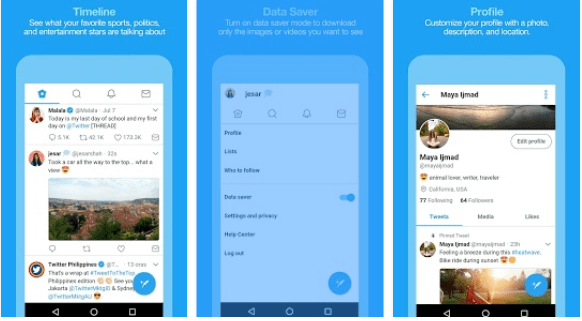 Twitter Lite, a light version of its mobile app is spreading to 24 more cities. This is in furtherance of Twitter’s plans to make its services accessible to millions of people, especially those in areas or regions where internet penetration is low.

Twitter Lite was launched last April as an app to help minimize data usage and enable faster download. The app has proved to be generally reliable in areas with poor internet connection, and work even when the connection is poor. Despite boasting some of the key features you would find in the primary app, Twitter continues to improve Lite by adding some more features.

The 24 countries are generally listed among regions where internet connection is not that reliable. What that means is that Twitter users in those countries can download the app directly from the Google Play Store and start tweeting.

Here are some of the features of the Twitter Lite:

“No matter where you are in the world, we want to make Twitter the best way for you to see what’s happening in the world and talk about it. You can use Twitter and Twitter Lite to get real-time updates on news, sports, entertainment, politics, and other topics that matter most to you” Shah said.

Users in the Philippines were first to have a feel of the app last September when it was eventually made available. Twitter is targeting users in countries with unreliable internet connection. The app too has been designed specifically to consume less mobile data, while delivering almost similar performance as the main Twitter app. In terms of size, Twitter Lite is only 3MB, and won’t consume too much of your hardware resources.

Twitter Lite works without any issues, and is perfect on 3G as well as 2G networks. The app boasts of its own dedicated Data Saver mode that has the ability to conserve additional mobile data. Enabling this feature will allow you to designate video content, GIF animations, and images. What this means is that you will be able to download any videos of your choice.