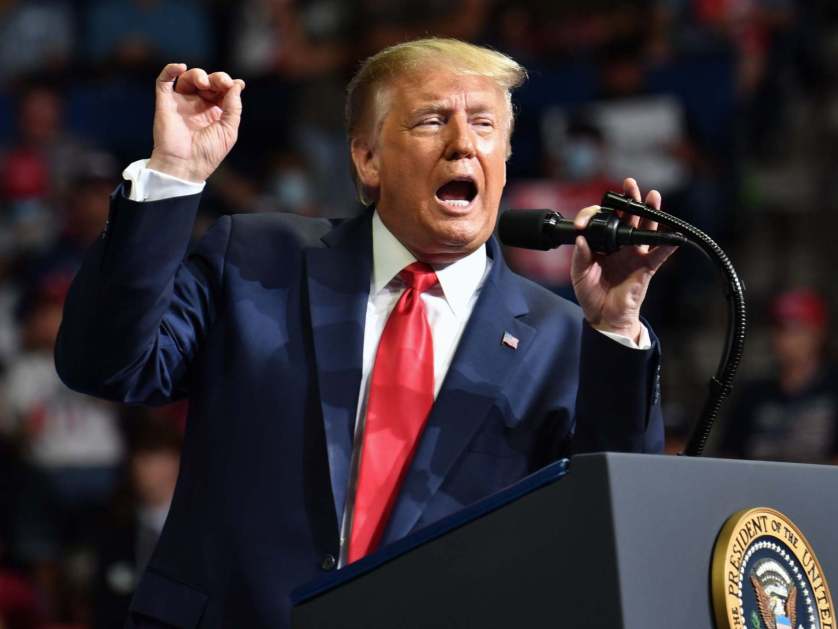 It is looking like we may never see the end of conflict involving Twitter and President Trump. Twitter on Tuesday labeled another tweet posted by Trump, which the social media giant claimed violated its “rules about abusive behavior.” Despite adjudging the tweet to be “abusive,” the microblogging company failed to apply the hammer—claiming “that it may be in the public’s interest for the tweet to remain accessible.”

A statement from Twitter Safety account explaining the reason for the action reads: “We’ve placed a public interest notice on this Tweet for violating our policy against abusive behavior, specifically, the presence of a threat of harm against an identifiable group.”

While restricted tweets can be retweeted with a comment, they, however, cannot be liked or replied to. For me, this is just a symbolic action taken by Twitter since the restriction does not in any way reduce the number of people that can see it considering Trump’s huge followership on Twitter. That said, the decision to label it is in itself a strong statement from the microblogging platform, and shows that it [Twitter] is not afraid to apply the rule even though not as strict as many would have wanted.

There will never be an “Autonomous Zone” in Washington, D.C., as long as I’m your President. If they try they will be met with serious force!

Just last week, Twitter tagged one of President Trump’s video tweet as “manipulated media.” The microblogging platform and Trump have been on each other’s throat for a while; and the latest, which took place on Thursday is set to prolong the battle even further.

The video the cuts to the original one of the toddler hugging, and then cuts to the message “America is not the problem. Fake news is.” At the time the video tweet was labeled by Twitter, it had received around 3.8 million views and more than 75,000 retweets.

Last March, a President Trump’s retweet was flagged by Twitter as “manipulated media;” making it the first time that the new policy banning such video will be implemented by the social media giant. The video was deceptively edited to mean something different from what it was originally intended to be.