On Wednesday, Twitter announced that it was testing a new type of tweets. This new feature, called fleets, will make a tweet disappear after 24 hours. So, yes, it is similar to Snapchat’s stories. 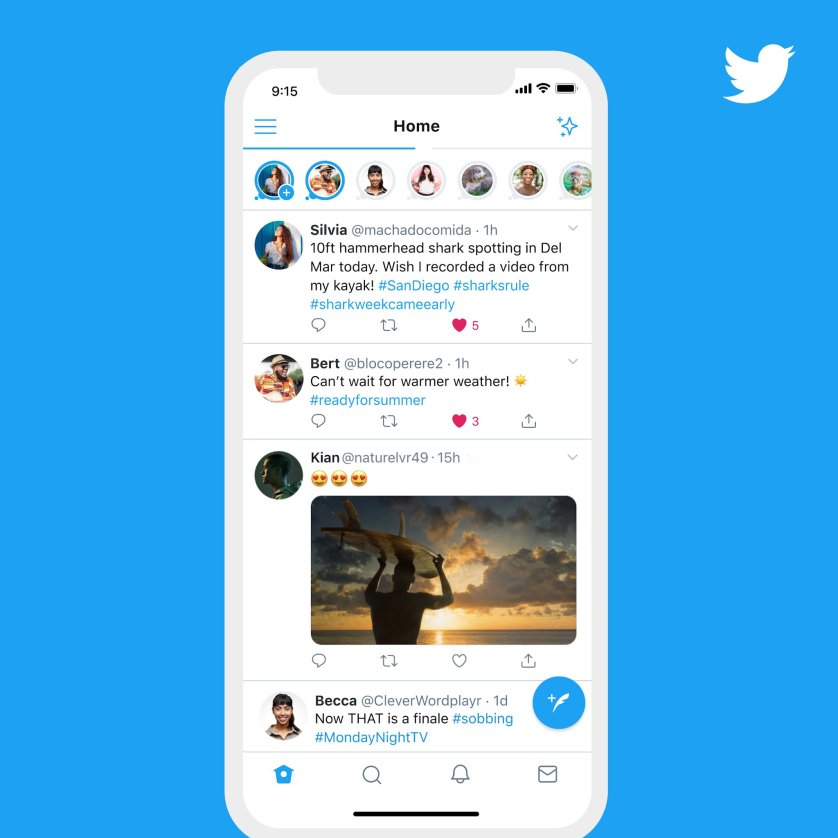 Fleets are the vanishing tweets and the audience can view someone’s fleets by tapping on the user’s profile photo. In that case, you will not see the fleets on the user’s timeline. They also cannot be retweeted or receive likes or public replies.

“Fleets are a way to share fleeting thoughts. Unlike Tweets, Fleets disappear after 24 hours and don’t get Retweets, Likes, or public replies– people can only react to your Fleets with DMs. Instead of showing up in people’s timelines, Fleets are viewed by tapping on your avatar.”

Twitter also admitted that Fleets may sound a lot like Stories. Although there are similarities, Twitter said that the feature will have unique aspects that will make user’s experience better. It will be more about seeing people’s thoughts.

This new feature can help people in sharing their “fleeting” thoughts that they would not want to Tweet. But it is still testing it in Brazil to find out how customers are using it.

Twitter’s biggest rival, Facebook, announced last year that it would be shifting its focus to building products that will focus on privacy and ephemerality.

The company has been introducing new features to make the platform more user-friendly. Unfortunately, its growth is still lagging behind rivals. Its investors are saying that the platform failed to innovate and move beyond its core functionality.

But Fleets may be too late in the game. Snapchat first launched in 2013 when it introduced Stories that could be viewed for 24 hours. Then, because of its popularity, Instagram copied it and launched a similar product in 2016.

Twitter’s goal in introducing it is to increase engagement as it encourages people in sharing more often and checking Twitter feed every day. But fleets can be screen-captured.

Despite that, the goal here is to minimize its users’ fears that an old tween would haunt them several years after. Indeed, Twitter allows you to delete your tweets. However, the text remains accessible if the text is cached on third-party websites or apps.

This launch comes after the company acquires Chrome Labs. It is a startup company built by former Facebook employees, who also developed an app to edit photos and videos that users posted to Snapchat Stories.

Fleet is just one of the new features of Twitter. But it is possible that Twitter will discontinue it.

Twitter users were not happy with the announcement. They are asking for an edit function but they are getting a fleeting or disappearing tweet.

Users have been asking Twitter to give them an edit function for several years now. But Twitter will not build it any time soon. It is not one of its top priorities. Dorsey said that it is not happening. Perhaps, next year?

For now, Twitter users should be satisfied with Fleets for their fleeting thoughts.