Home » Twitter is rolling out DM searching for iOS users

Twitter is rolling out DM searching for iOS users 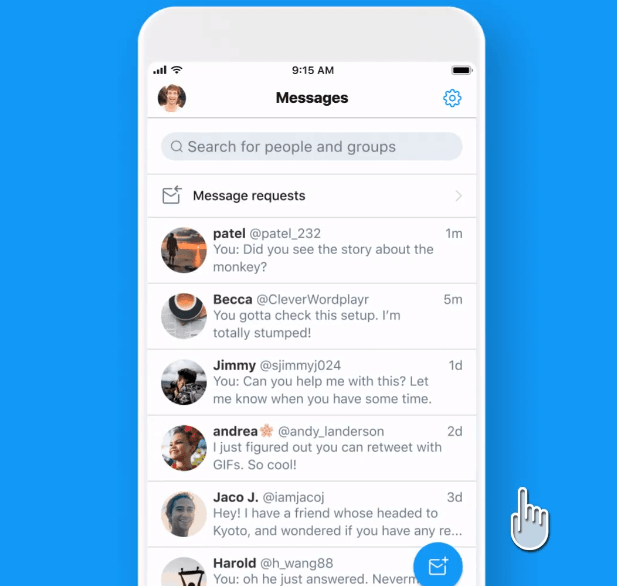 Good news for all iPhone users as Twitter rolls out the ability to search direct message for old messages. The microblogging outfit took to its official page to make the announcement that will no doubt gladden the hearts of millions of iOS users.

To this end, a new DM search bar has been added, and Twitter users on iOS and the web can now search for their most recent DMs for now, and maybe later they can take it further. You also cannot search for content of message, but you can dig out DMs based on the names of people or groups.

Get your search on. DM search is rolling out to everyone on iOS today.

First time I tried it, it brought not just my most recent messages, but older ones as well. However, older messages may not show up until a second search is carried out. So, it is not immediately known what Twitter classifies as recent messages.

The only downside for me is that you will have to include the name of the person before you can dig up related DMs. Hopefully Twitter works on this and allows people to search not just by name but by other parameters including phrases and more.

Sorry Android users, this feature is not available to you guys for now, and no words yet from Twitter as to when it would be available. That said, it is a very useful feature—and as a matter of fact, one that users have been asking for in a long while.

Last month Twitter confirmed a new feature we had reported about earlier. The feature, one that will allow you drag and drop your pictures before posting your tweets is already rolling out to some users and should be available to all pretty soon. The drag and drop feature was first spotted or shall I say uncovered by no less a person than Jane Manchun Wong. Jane posted the screenshot showing the new feature via her Twitter page—and now that has been confirmed to be true by Twitter.

The ability to rearrange your pictures before hitting the “tweet” button on Twitter was confirmed by the microblogging company on Tuesday. This time, it was announced with a GIF showing exactly how it works.