Code.org, a new non-profit group, has just begun a campaign that promotes the teaching of coding to American kids. To help spread the news, they present a video that features three leading figures in the technology industry: Jack Dorsey from Twitter and Square, Mark Zuckerberg from Facebook, and Bill gates from Microsoft.

Creating “Wizards of Tomorrow”
The main goal of the campaign is to help create “the wizards of tomorrow,” as Code.org plans to introduce computer science classes in more schools across the country. Hadi and Ali Partovi, who are startup investors, advisors, and entrepreneurs, are behind the project.

Promoting the “Cool” in Coding
Coding is often viewed as challenging and difficult. However the, Code.org video explains that coding is not really as difficult as it is often perceived to be. According to Drew Houston, co-founder and chief executive of Dropbox, mentions that coding may be “intimidating” at first but a person can get the hang of it as time goes by. 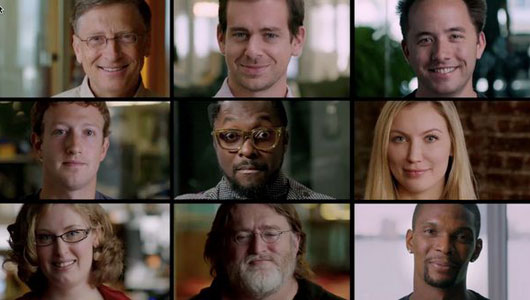 Leslie Chilcott, who produced “Waiting for Superman,” was hired by the Partovis to direct the video. Also appearing in it is Will.i.am from the Black Eyed Peas and Chris Bosh from the Miami Heat. Interestingly, Bosh had taken classes in programming when he was a student.

Policy Issues
The project, however, lies smack in the middle of issues pertaining to public policy. Recently, Silicon Valley has been lobbying for the provision of more visas to foreign-born workers, particularly those who have math and science degrees. In fact, Silicon Valley plans to present their case before lawmakers in the House Judiciary Committee next week.

The whole issue is still highly disputed, though. A lot of people object to the idea that qualified tech workers are hard to find in the United States.