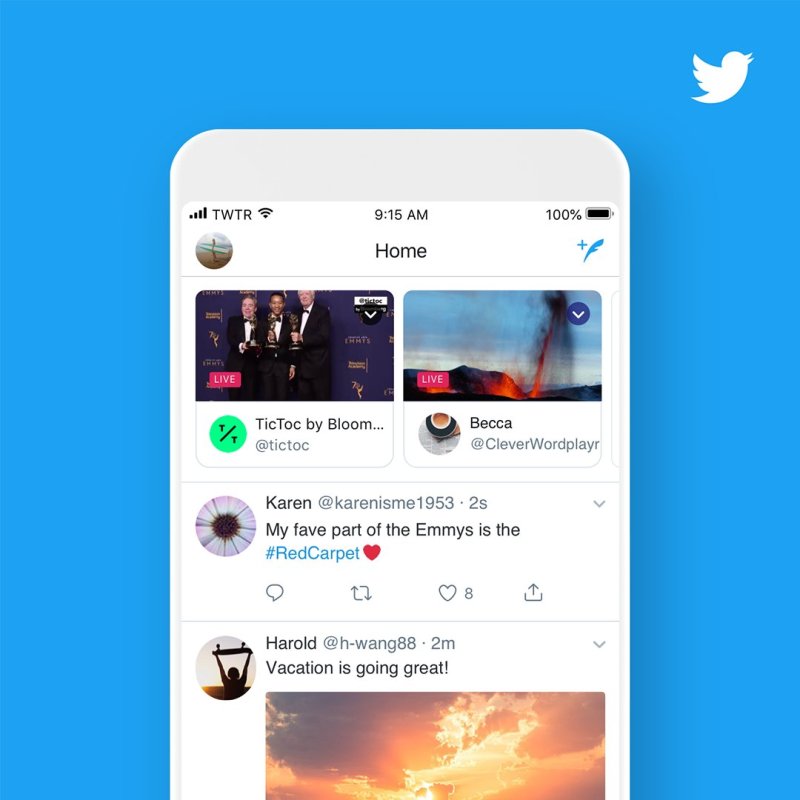 In a tweet a couple of days ago, Twitter said the new feature will include sports, breaking news, and personalities. The new feature, according to the microblogging company, is already rolling out to iOS and Android users.

“We’re making it easier to find and watch live broadcasts. Now, when accounts you follow go live, the stream will appear right at the top of your timeline.”

Twitter also recently announced that it will start alerting you to live events and present you with curated list of tweets at the top of your timeline. The purpose for this, according to Keith Coleman Twitter’s Vice President, Product, is to help you find the most relevant tweets for ongoing live events. As you already know, Twitter is a place for live sporting events such as baseball and the NBA among others.

This purpose of this is to reduce the process of trying to find your favorite events on the platform. For instance, the update will make it easier for you to follow the NBA or any other event without the use of hashtags, relevant accounts or Moments to follow.

Twitter recently launched a new live audio feature that will let you broadcast to your followers through Periscope. iOS users will be able to make live audio broadcast to people via Periscope as soon as the version of the app on their devices is up to date.

Simply go to the compose screen on Twitter and tap the “Go Live” button to pull up the live-streaming screen. A microphone icon has now been added to enable you toggle the “audio-only broadcast” option on or off.

Broadcast option was added to the main Twitter app in 2016, but has not gained as much traction as the company would have wanted. Perhaps, this latest move will not only make the feature on the main Twitter app popular, but will also reposition the Periscope app as a platform for podcasting.

Twitter is gradually positioning its business and is fast becoming a place where people go and watch live sporting events. Several partnerships were recently agreed upon to enable the company stream live sporting events to millions of people on the platform.

The NFL games have become popular on the social media these past years, and the microblogging company sees this as a big opportunity to work on its declining user base. The “Friday Night Stripes” series will feature teams from California, Georgia, Florida, Nevada and Indiana.