Home » Top Reasons Why An Instagram Video Wins Over Vine

Top Reasons Why An Instagram Video Wins Over Vine

Before Instagram introduced and released its 15-second video-sharing feature, anxious programmers and developers at Vine waited for the keynote presentation of Instagram CEO and cofounder Kevin Systrom. They wondered what features the popular photo-sharing service will have that Vine does not have, or has yet to implement.

After Systrom announced Thursday the immediate release of an Instagram app update, the audience and the press, who were eager to test the new features, were quick to point out the differences. 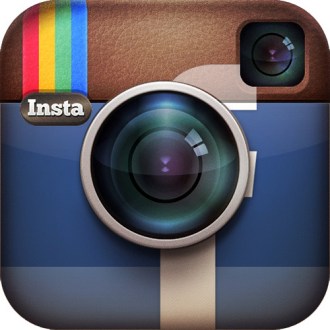 Systrom’s keynote presentation introduced a feature called Cinema, a custom image stabilization tool to streamline the footages of videographers who have shaky hands. It may be turned on or off by enabling or disabling the “vibrate” icon when editing the clip.

Vine does not have a similar option, if you do not count a stable tripod as one.

The new Instagram app comes with video editing, so imagine how the audience and Instagram users reacted to the news. The app removes unwanted frames from a video that lasts a few seconds. For Instagram users who do not have time to remake a 15-second clip, a simple click of the delete button marked with “X” will remove up to two of the last frames.

Vine users cannot edit the videos, at least not yet.

Instagram established its name as a photo sharing service, so the update builds up on the beautiful photos to attract users. Systrom advises Instagram users to choose a “cover frame,” a splash photo or preview of the video. In other words, Instagram users have the option to pick a cover photo for their video clips. At the time of this writing, some Android users seem to have a problem playing the uploaded videos, but they see the cover frames.

Vine users, on the other hand, cannot set a cover frame and plays videos only from the first frames. Oftentimes, these initial frames are not the best to look at.

When Instagram introduced a multitude of photo filters to the world, several people from all ages flooded the feeds with heavily edited images. The video app has 13 of these renamed filters, such as Dogpatch, Gingham, and Moon. The video filters are the same as the photo filters, save for the new names.

Vine settles for the raw video footage. It means the video editing part for the exposure, lighting, and focus, happens during the filming. Simply put, take the video result as it is or use a third-party application to filter.

While filming an Instagram video, a user may tap inside the frame to focus on the field depth for a more professional look.

A tap in Vine starts the filming but nowhere will you find an option to focus within a frame.

Will the lack of these features be off-putting for Vine users? Not really, especially when it remains focused on Twitter’s keeping things short and simple.

In addition, Twitter still allows Instagram users to share their photos directly to the micro-blogging platform. And I do not think a budding rivalry will end the partnership soon.

That’s my two cents, though. What about yours?