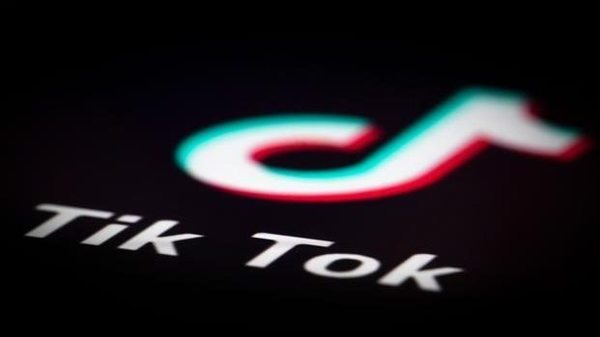 Earlier today we brought you a story that Google and Apple have both taken down the TikTok app on their respective stores in India. Both tech giants acted upon a local court order, which directed them to temporarily block access to the app for Indian users. The court based its ruling on the fact that the app was being used to promote child pornography.

Now, there is an official statement to that effect from the Chinese company—and one that might gladden the hearts of millions of users. Existing users, according to TikTok, will continue to have access to the app. New users, however, will not be able to download and install TikTok because of the court ruling.

The company urged users [new and existing] to stay tuned as it continues to work hard to resolve the legal issue. For now, no one can say precisely when or if Google and Apple will lift the ban on the app stores in India. That said, the next coming weeks will reveal if the app will be restored or not. 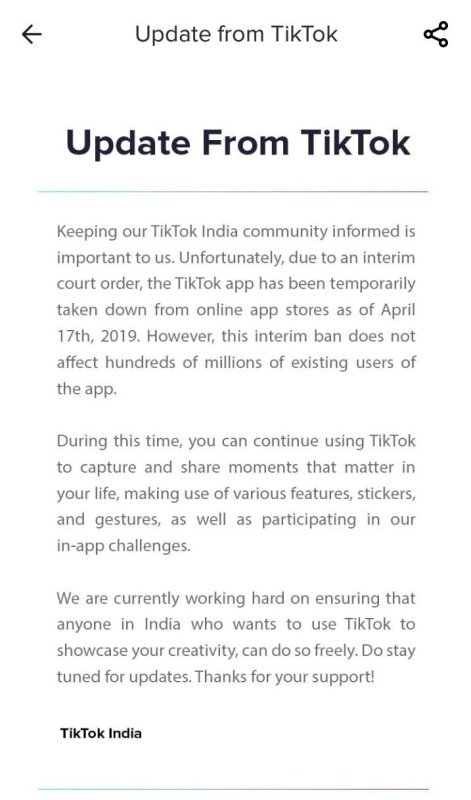 The ruling issued by a court in southern Tamil Nadu state, asked authorities to ban TikTok because it encouraged pornography, warning that sexual predators could target child users. Acting upon the court ruling, the federal government in India requested that Apple and Google should both respect the court order, an IT ministry official said per Reuters.

The company, however, is optimistic that things can be worked out. A spokesperson for the company said per The Verge that TikTok has “faith in the Indian judicial system,” adding that “we are optimistic about an outcome that would be well received by over 120 million monthly active users in India.”

TikTok topped the chart in the US App Store in the US when it surpassed Facebook, Instagram, YouTube and Snapchat in terms of downloads. Sensor Tower stats per TechCrunch reported back then that TikTok installs from the App Store were higher than those of Facebook, Instagram, Snapchat and YouTube in the US in October. According to Sensor Tower, TikTok video app has been downloaded more than 230 million times in India.

Last August, WhatsApp turned down a request made by India to start tracking messages shared between users of the app. The request by authorities in India came on the heels of mob violence recorded in the country last year.

Apple faced similar situation as WhatsApp where the company is being threatened with an iPhone block should certain actions remain untaken. If Apple fails to enable a “Do Not Call” reporting app on its devices, regulatory authorities might block the iPhones in India. Apple at first was not comfortable about the idea due to privacy concerns, but seems to have bowed to pressure and will now work with Telecom Regulatory Authority of India.