Facebook’s founders not only topped the list of the world’s youngest billionaires (self-made or inherited) under 40 years old, but the social network also had the most entries in this list.

More than nine years since they founded the company out of their Harvard University dorm room, Facebook’s founders have split their ways and only Facebook CEO Mark Zuckerberg is left of the core group. 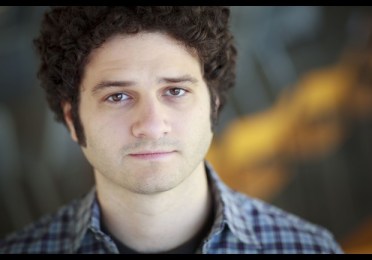 American internet entrepreneur Dustin Moskovitz (born May 22, 1984) is the the world’s youngest billionaire at 28, with a net worth of $3.8 billion. He left Facebook in 2008 to co-found web application Asana with software programmer Justin Rosenstein. He owns 7.6 percent of Facebook’s shares.

Zuckerberg (born May 14, 1984) is second on the list at 28 (8 days older than Moskovitz), with a net worth of $13.3 billion. He is the chairman and chief executive of Facebook, the world’s largest social networking company. Facebook currently has more than one billion registered members.

Brazilian internet entrepreneur and investor Eduardo Saverin is fifth youngest at 30, with a net worth of $2.2 billion. He renounced his U.S. Citizenship in September 2011 in a move that may have cut his capital gains tax after the Facebook IPO. He denied this idea through a spokesperson. He has been a permanent resident in Singapore since 2009 and owns less than 5 percent of Facebook’s shares.

The top ten list of the world’s youngest billionaires also includes ninth-placer Sean Parker, founder of music-sharing site Napster and the first Facebook president at 24. Now Parker is 33, with a net worth of $2 billion on the Forbes list.

Twitter co-founder and executive chairman Jack Dorsey is 15th at 36, with a net worth of $1.1 billion. He makes most of his fortune as the founder and CEO of electronic payments service Square. He is the former CEO and chairman of the board at Twitter.

Sergey Brin, co-founder and special projects director at Google (owner and creator of Google+) ranked 28th at 39, with a net worth of $22.8 billion. He manages the firm’s hardware and cutting-edge projects, such as its driverless cars and augmented reality spectacles Google Glass.

Google co-founder and CEO Larry Page is 29th also at 39, with a net worth of $23 billion. He took over as CEO in April 2011 after Eric Schmidt stepped down and is now executive chairman. He helmed the company to a record $50 billion revenue milestone last year. It led to stock rising nearly 30 percent over the past year, and more than $4 billion to his net worth.

Overall, Mexican telecoms magnate Carlos Slim Helu is the world’s richest person in Forbes list, with a net worth of $73 billion.

Microsoft co-founder and chairman Bill Gates is at second place, with a net worth of $67 billion. He was the world’s wealthiest from 1995 to 2009, excluding 2008. The former CEO and chief software architect at Microsoft is still the company’s largest individual shareholder at 6.4 percent of the common stock. He won’t remain the second-wealthiest for long, because he is also the world’s most generous person on Forbes list. The philanthropist has donated more than $28 billion to charity and will not stop supporting research to destroy completey deadly diseases, such as malaria and polio.