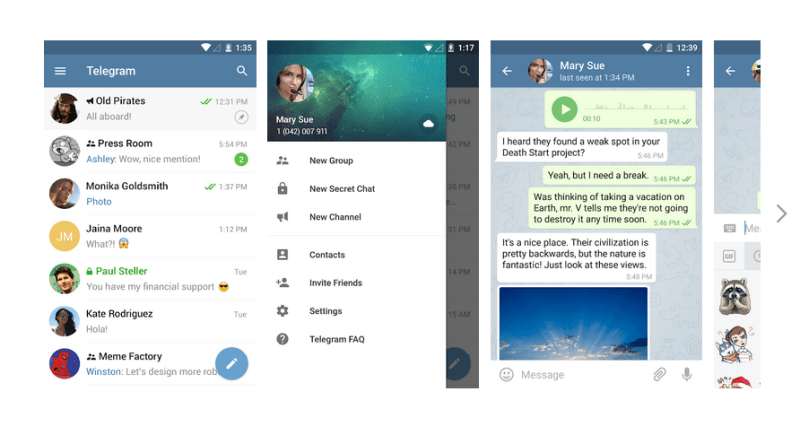 A delete feature that allows you to undo a sent message within five minutes is the perfect function that will further endear users to Telegram. Tipped by many as one of the best messaging apps when it comes to protecting user’s private conversation, Telegram has further added a new feature that will further guarantee privacy during chats. An updated [5.2] version of the messaging app now gives you the opportunity to ‘undo’ a message within five seconds of sending it to the recipient.

You will be given five seconds to undo chat or history within the app. Other changes added to the latest version of Telegram according to Slash Gear, include, restricting all the members within a group from posting specific content and new animations.

The undo or delete chat and history feature only works within the first five seconds of sending the message. Interestingly, all deleted chats and history are permanently erased from your system, which is quite encouraging supposing it is true.

Going forward, you can now block polls, GIFs, media, links, and even messages. Once the version of your app has been updated to 5.2, you can head straight to your Telegram Settings and change all the permissions you want.

Worthy of mention is another newly added update which allows groups to restrict all of their members from posting specific types of content to the group. It is still not clear how this works, but from the way it sounds, it could just be the perfect gift for users who would rather not see specific content within a group.

Telegram has also expanded the number of people that can be added to a group from 10,000 to 20,000. The company has now eliminated the super and normal groups—making groups public is now easier, and only take a few steps. 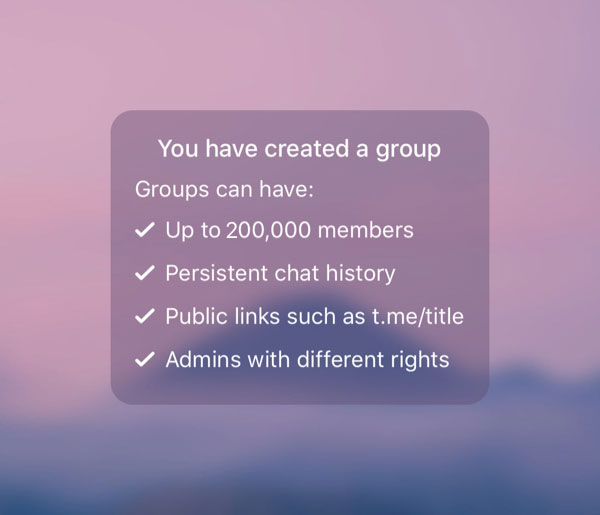 In 2017, Telegram went the way of Snapchat by adding the disappearing chat feature. Users can enjoy similar feature that made Snapchat one of the most popular apps. Telegram’s disappearing message feature supports disappearing videos and photos in private chat. You can use the feature by setting a timer for your media and the message will disappear. One great thing about the function is that you will know as soon as anyone takes a screenshot of the message. This, however, is not unique to Telegram as other apps such as Snapchat and iMessage support similar function. So, that about takes care the issue of having your pictures leaked to the public.

That update also came with the ability to add a bio to their profile—another great feature added to the encrypted chat app on Sunday. You can type the words by yourself in setting, the company has announced. Bios, according to Telegram, will be very useful every time you “stumble upon new users in large groups.” The feature will allow you to learn more about new people you come across while using the chat app.