Home » SwiftKey is adding web search within its keyboard on Android

SwiftKey is adding web search within its keyboard on Android 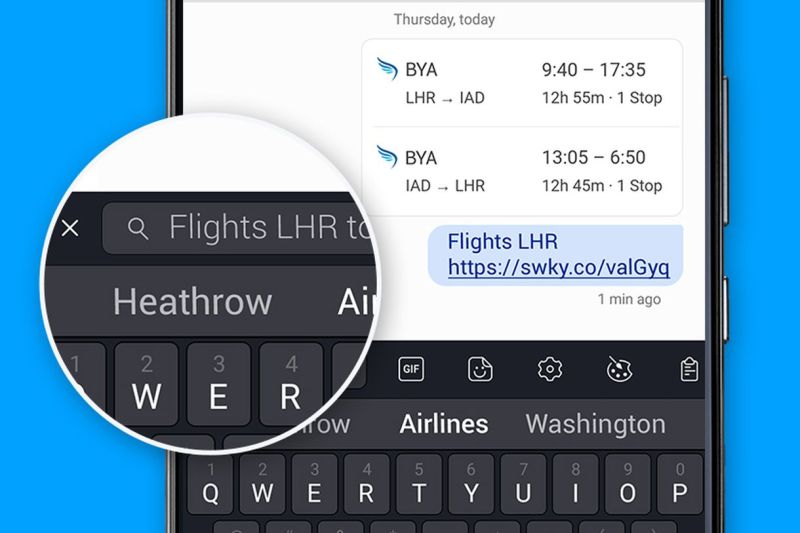 Microsoft’s SwiftKey has been around for a while—the keyboard app is one of the top apps with good user ratings on the Play Store. The app does not only make typing easier for users, it also encourages chatting with friends more of fun. Its biggest challenge is not a lack of quality features, but the fact that it has Google’s Gboard as its biggest rival. That said, it remains one of the most highly-rated keyboard apps for Android. A new update has just been added to the app—web search has now been built into the keyboard to enable you search for information without exiting SwiftKey.

Well, SwiftKey is owned by Microsoft, and that is why it does not come as a surprise that the newly added web search feature is being powered by Bing. What baffles me is the fact that users are stuck with Bing, and won’t be able to change the search provider—and that is because Google search is not even anywhere near being added. Perhaps, Microsoft is not ready to test the popularity of its search provider Bing with any other—Google search in particular.

The web search feature allows you to access search results that appear in a browser tab overlay. You can tap on the screenshot, crop, and share with your contacts. Screenshot shared with your contacts comes with a small hyperlink to the webpage, The Verge reports. The web search feature is currently only available in a handful of countries including: Germany, the US, UK, Canada, France, Spain, Australia, Italy, Japan, India, and Brazil.

It is a nice move and one that will make SwiftKey even more popular among users. That said, adding Google search as an option will further boost the popularity of the keyboard app.

For now, the update is only available for Android users, with no word yet as to when it will be available for iOS users. Hopefully, users in countries other than the aforementioned 11 can also access web search on their SwiftKey app.

SwiftKey became a part of Microsoft in 2016 when the software giant reached a purchase agreement with the owners of the keyboard app. Announcing the breakthrough in talks and eventual takeover of SwiftKey, Harry Shum the Executive Vice President of Microsoft in a statement said:

“I’m pleased to announce that Microsoft has entered into a definitive agreement to acquire SwiftKey, whose highly rated, highly engaging software keyboard and SDK powers more than 300 million Android and iOS devices. In this cloud-first, mobile-first world, SwiftKey’s technology aligns with our vision for more personal computing experiences that anticipate our needs versus responding to our commands, and directly supports our ambition to reinvent productivity by leveraging the intelligent cloud.”