Two studies carried out by researchers at Northern Illinois University, The University of Evansville, and Auborn University, showed that Facebook was a better predictor of job performance than an IQ test.

Six people experienced in human resources participated in the studies in which they were asked to use the Facebook pages of a sample group of 500 people and rate them on ‘The Big Five” personality traits: extroversion, emotional stability, openness to new experiences, conscientiousness, and agreeableness.  Human resource people view an accurate rating of these traits as the best way to predict on the job performance for new hires.

A quick look at a friend’s profile on Facebook (or your own) may provide an idea of how conclusions can be drawn about personality. For example, many pictures of travel to far off places may indicate an openness to new experiences.  Wall posts showing exchanges in which the person frequently argues or has conflict with others would indicate a low rating on agreeableness, and likewise for emotional stability. 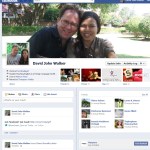 Researchers found that there was a higher correlation between job performance and assessments of a user's Facebook page than with IQ tests.

The researchers in the study were instructed to spend five to ten minutes looking at any one Facebook profile and to rate the profile based on the “Big Five” personality traits. Researchers were to spend no more than 90 minutes each day on the project.  Members of the sample group took an IQ test and provided a self–evaluation. Researchers contacted employers six months later in one study to see how the employee’s performance compared with the Facebook evaluation vs.  IQ test.

Donald Kluemper, who led the research on the study, said that the results show Facebook pages can provide lots of valuable insight for employer’s but that employers must use caution because there is information available on the Facebook pages that would be illegal for them to ask about during a job interview, for example their age, race, or whether they have a disability.

Kluemper also cautioned that this was just one study that does show Facebook provides valuable insights, but many more are needed to make conclusions about its value as a selection tool for employers.

Kluemper said: “This was an effort to provide some evidence that checking on a person’s Facebook page might be valuable and might be useful. But I wouldn’t go so far as to say that one study should be used as a reason to start Facebook hiring.  Any other selection tool out there has been studied hundreds of thousands of times. Basically, there needs to be a lot more work done in this area.”