Sony Set To Release New Xperia Tablet With 12.9in Screen And High-end Specs

Sony is set to launch new Experia tablet with 12.9in screen and high-end specs in 2015 according to DigiTimes. The new Xperia will now add to other smartphones the company plans to release in 2015.

DigiTimes is citing sources from the supply chain, and said Sony is planning to release a large-screen tablet in the first half of next year (2015). The sources also told DigiTimes that the company will commence mass production shortly after the release.

As far as the technical specifications are concerned, the upcoming Sony Xperia tablet will sport a 12.9in screen with resolution of 3840 x 2400 pixels. The thickness of the tablet will be just 8.6mm, and Qualcomm’s Snapdragon processor will power the device. In addition, there will be an eight megapixel rear snapper. 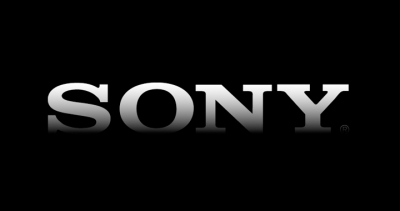 Sources also said that the supply chain has already finished preparing the related components for the mass production of the tablet.

Sony still maintains strong interest in tablets despite pulling out from the PC market. If for nothing else, this development has underlined the company’s aggressive approach at making great statement towards that effect.

2015 will also see major smartphone manufacturers like Samsung and Apple intensify their aggressive approach towards consolidating their hold on the market. Sony too won’t want to be pushed aside, and is making its intentions known with the new Xperia tablet.

According to the sources, the tablet is expected to be manufactured by Pegatron Technology; the same company which also manufactures Apple’s iPad and Microsoft’s Surface tablets. No official statement has been released by Pegatron to that effect.

The Japanese company is aiming to make its presence felt in the highly competitive tablet market with this proposed launch. Sony released its first ever tablet, the Sony Tablet S in 2011, but did not achieve the kind of impact it expected, which led it to discontinue its production in 2012. In the outgoing year (2014), Sony launched the 10.1-inch Xperia Z2 Tablet, which is a follow-up to the Xperia Z Tablet. It also released an 8-inch Xperia Z3 Tablet, which didn’t do enough to win over the market. The Sony tablet is likely to have Android 5.0 out of the box.