Home » Social Media Helps you get your Dream Job

Social Media Helps you get your Dream Job

Social media is becoming more important now that the job market is very competitive. According to Dan Schawbel, an expert on personal branding, signing up for a social media account, e.g. LinkedIn, can go a long way when it comes to getting a favorable job.

Basically, Schawbel said that social media is substituting classified ads. More and more companies nowadays are using social ads in Twitter, Facebook, Craigslist and Google Adwords, among others, to look for potential employees.

As such, Schawbel said that if you are invisible in the realm of social media, and if you virtually have no presence online, then “you don’t exist to the world.”

Furthermore, Schawbel says that the person who has a respectable online presence will tend to win over a person who doesn’t have one, if they are both competing for a position in the company. Schawbel points out this example: “If two candidates have the same background, but one has a popular blog, the blogger will be hired.”

On the other hand, Schawbel says there are some jobs out there that do not require a social media presence from job seekers. For example, looking for jobs in the service industry can be done by checking out the Sunday classified ads. 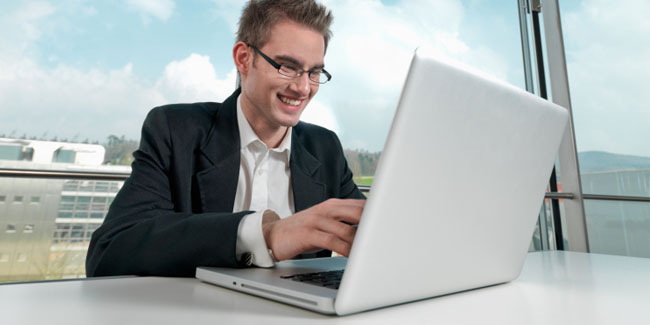 Nowadays, for job seekers to have a shot at their dream jobs, it is imperative that they have a positive and professional social media presence. (Image via jobcontractor.com)

A robust online presence, however, is required for job seekers who want to get hired in positions at the executive level. Schawbel says that “the best jobs in the world aren’t advertised, and if you make a phone call or submit your resume to a classified ad, you’ll be one of hundreds, if not thousands, to do so.”

Schawbel says that the way to get the best jobs is through social media. Once there, your primary aim is to establish relationships with people working inside an advertising company. An instant connection with hiring managers can be done through social media, skipping corporate websites and job boards altogether.

Marci Reynolds, chief executive of J2B Marketing based in Boston, agrees with Schawbel’s idea that firms are going towards social media and away from job boards, when it comes to hiring. There are even instances when companies are posting jobs solely through social media sites. This is especially true when the company requires experts in the field of social media.

How to Have a Great Online Presence

Schawbel says that your online presence must be a professional one, and one that reveals the skills that you have and the job positions that you aspire to have. When companies use Google to learn more about you, your profile should not be branded towards your old jobs, but rather, it should let them know what career you aspire to have.

Reynolds says that indeed employers have been relying on Google to learn more about potential employees, and this is now a normal “research process” for them. Having an online presence gives the impression that you are updated with online tools and trends, not to mention the fact that you won’t be able to see the job offers posted online, and this is especially helpful if you have a technical or marketing career.

According to Schawbel, the best place to begin having an active social media network is through Twitter. This is mainly because of the fact that following a stranger on Twitter is acceptable and seen as inconspicuous. You can start public discussions with people who are connected to the company you are interested in working in, and after several weeks, you can then privately message the hiring manager, which will hopefully follow up with an interview.

In addition, your previous managers can also recommend you for skills that you possess. LinkedIn can also help you figure out who in your network is linked to the hiring manager you want to contact to have a shot at your dream job.

Schawbel says that all of this is about providing a professional and positive online image, which will make Googling employers interested in you and seriously considering you to become the person they will hire.