Social media is not just for communicating with friends and family; neither is it just an avenue for self-expression. In the city of Evanston in Cook County, Illinois, a social media “boot camp” is being offered specifically for non-profit organizations. The event will be held on February 21.

Why a Social Media “Boot Camp”?
According to Wally Bobkiewicz, the city manager, the idea for a social media boot camp came out of a meeting that he has every quarter with leaders of the city’s non-profit arts organizations. The event will teach participants about Twitter, LinkedIn, and Facebook, as well as tools in social media management. Basically, the main goal of the event is to help non-profit organizations utilize social media tools in spreading their messages to other people. 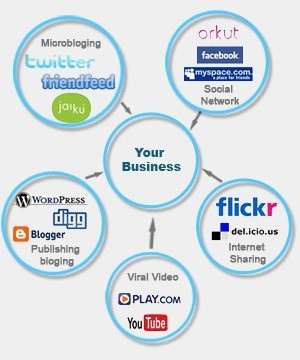 A social media bootcamp for non-profit organizations will be set up in Evanston, Illinois. (Image: internetmarketingservices14 (CC) via Flickr)

Social Media Interns Needed
In addition, the city is also looking for social media interns, who will be partnered with the non-profit organizations. The interns will be working with the non-profit groups in navigating the Web; they will also help them in using social networks like Twitter and Facebook. Over a period of three months, these volunteers are expected to assist groups for at least two to five hours per week.

Registration Details
The social media boot camp will be held at the Civic Center on 2100 Ridge Avenue, in the Parasol Room on the fourth floor. The session time will be from 11:30 a.m. to 1:30 p.m. on February 21. Coffee and lunch will be provided during the session. To register, non-profits should contact Luke Stowe (lstowe@cityofevanston.org) and volunteers should get in touch with Adelita Hernandez (atahernandez@cityofevanston.org).