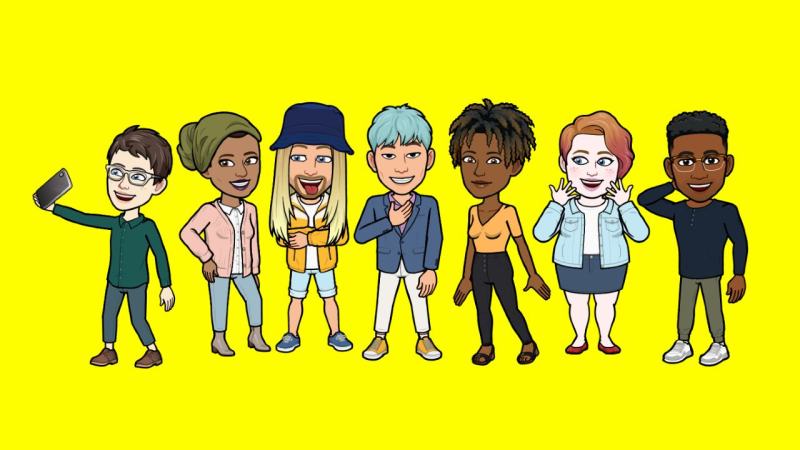 Snapchat is launching a Mix and Match feature that will allow you to customize the look of your Bitmojis. The feature will be available on both iOS and Android, with Snapchat running a “Bitmoji Merch Sale” that offers 20 percent off on purchases of real-world Bitmoji merchandise.

Mix and Match, according to First Post, allows you to select clothing items on Bitmojis or the virtual avatars. What that means is that you can customize the colors of tops, bottoms, footwear, socks, and outerwear of your Bitmoji. All created custom outfits can be stored in your closet that can be equipped any time in the future. At the moment, there are about a billion options of items that you can choose from, and this is expected to rise as time goes on.

Inside the Bitmoji app, you will find new icons for all clothing items that allow you to customize your outfits. This can be done by tapping the fashion icons that opens the “Avatar Designer.” You can also customize your outfits within the Snapchat app—simply tap on your profile icon where you will find “Change Outfit” inside the Bitmoji option. This will open the “Avatar Designer” from where you can continue to tweak your favorite outfits.

Snapchat Mix and Match feature is already rolling out to iOS and Android users worldwide. You can share your first experience using the new feature by using the comment box below.

Lately Snapchat added a new age-related filter to its impressive library. The new AR lens will let you “use a slider to begin a morphing from a toddler up to an elderly person.”

The new AR lens was rolled out to users a couple of days ago, and will be available from your lens carousal at the bottom of your camera interface. Snap is building upon the recent success it has achieved since its last efforts at giving users access to AR filters went viral last May.

A repeat of the success achieved by the baby filter, which attracted 7 to 9 million users to its platform, could help boost the platform’s profile especially in terms of user base.

In October, Snap launched a 3D Paint feature that lets you draw in AR. The feature allows you to draw in augmented reality. It can be used to draw your own face by simply using your phone’s front-facing camera. However, you can also use Paint with your rear-facing camera, which lets you draw on objects in the environment.

You can access the 3D Paint feature by hitting the Create button in the AR Bar, and then manually draw visuals on top of your face through the selfie camera. You can also draw atop whatever you see in front of you through the main rear-facing camera.