Home » Snapchat is finally rolling out its redesigned app for Android

Snapchat is finally rolling out its redesigned app for Android 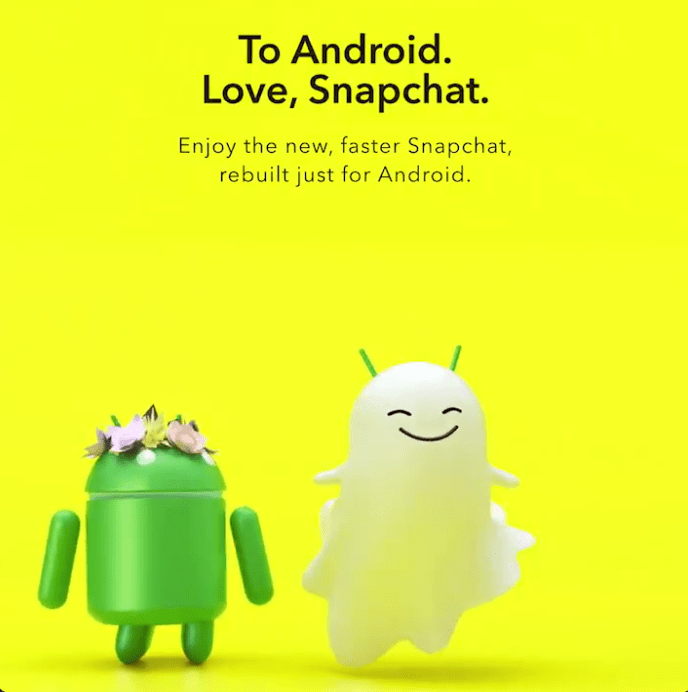 Finally, the wait is over—the long-awaited redesigned Snapchat app for Android has finally been released. Reports were rife last February that the rebuilt version would not be ready until the end of the year or close to it, but all that has been put to bed with a tweet announcing the availability of the Android app.

The essence of the remake was to build an app that is much faster, cleaner and much lighter. This became necessary to bring the app at per with the iOS version. You may not get all the information that you need the first few seconds of signing into the app, but there is no doubt that Snap has done some great job on the redesign.

The app is just rolling out, and should get to all users before the end of the week. Until then, I think it is best to let you have a feel of the new look and get back to us with your thoughts and experience.

Speaking on the need to get the Android app up to speed with the iOS version, CEO Evan Spiegel said the Snap team were obviously aware of the huge mountain that needed to be climbed in terms of the incredible number of people still not using the app on Android. Spiegel was speaking at the Morgan Stanley Technology, Media & Telecom Conference 2019 in San Francisco last February.

“Android is absolutely critical to our strategy,” Spiegel said. “There’s something like 2 billion Android users that don’t use Snapchat. A couple percent of those I think would be well received by all of us”

The last time Snap attempted a redesign, hundreds of thousands of Snapchat users expressed their displeasure about the Android app, which they claimed was too buggy and complex. However, the company in its Q1 2019 earnings report released in February announced that a public testing of the app had begun.

No fewer than 83 percent of users who reviewed the Snapchat app on the App Store in 2018 when the redesign was first pushed out gave it thumbs down. Apparently, users were not happy the way things turned out—with many of them complaining that the feeds were no longer chronological and are confusing.