The Twitter account of NBC News was used by a hacker group calling themselves Script Kiddies to issue false terror reports two days before the 10th anniversary of  the September 11 terrorist attack on the U.S. 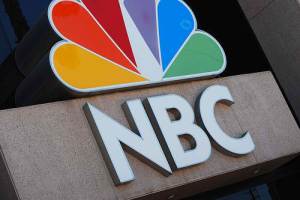 Script Kiddies tweeted the false reports on Friday and NBC is said to have noticed the false tweets by 6 p.m. Eastern Time and worked with Twitter to disable the account.

“Breaking News! Ground Zero has just been attacked. Flight 5736 has crashed into the site, suspected hijacking. more as the story develops,” the Script Kiddies said in one tweet.

“The NBC News twitter account was hacked late this afternoon and as a result, false reports of a plane attack on ground zero were sent to @NBCNews followers,” the network said in a statement soon after the hacking by the Script Kiddies.

“We are working with Twitter to correct the situation and sincerely apologize for the scare that could have been caused by such a reckless and irresponsible act,” NBC added.

The Script Kiddies is a lesser-known group of hackers compared to recent popular groups like Lulz Security and Anonymous.