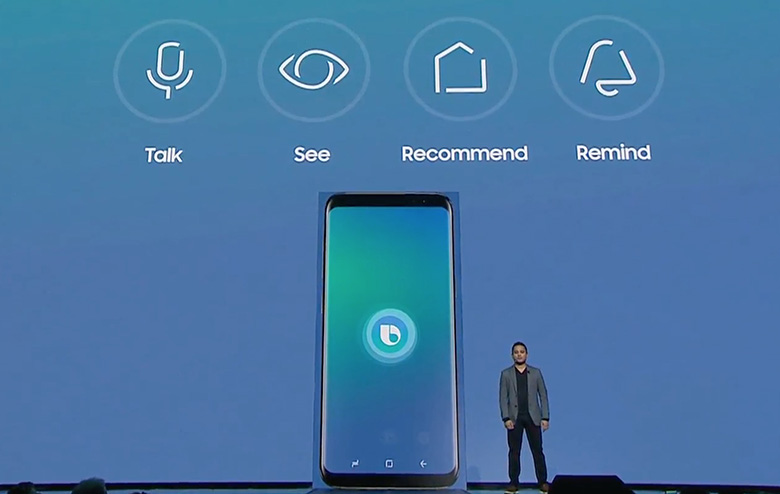 Samsung is about to go the way of Google and Amazon by launching its own smart speaker. The Wall Street Journal reports that the South Korean tech giant is very much advanced in plans to bake Bixby assistant into a voice-activated device.

Codenamed “Vega,” the new voice-enabled device has been in the works over a year. For now, Samsung has not set any release date for the device, but this might not be unconnected with the fact that Bixby does not yet support English. Also, Bixby is yet to hit the US and other major markets in the world.

WSJ adds in its report that Vega will not be different from how Amazon’s Echo and Google Home works. The device, which will be powered by Bixby, will enable you to play music, ask questions, and control your connected home gadgets among other things it can be used for.

The competition is already hot, and adding Samsung’s Bixby-powered voice speaker to the growing list will give consumers more opportunities to get value for their money.

Bixby, Samsung’s new intelligent interface is also being configured to work along with Google Play Music. You will be able to ask the assistant to play your favorite song or music on Google Play Music, and without hesitation, it will start playing. With Bixby, you will have access to use the service same way Apple Siri and Amazon Alexa users have been using theirs.

According to Google, anyone with a new Samsung phone or tablet can upload and stream up to 100,000 of their own songs to Google Play Music for free. Moving your personal music according to Roman is now easier and much fun since there is more storage space offered exclusively to Samsung customers—and that’s not all…

Every new Samsung phone and tablet you buy will now come with a free three-month trial of Google Play Music. Don’t like ads? No problem; Google will also give you an “ad-free and on-demand access to more than 40 million songs and thousands of playlists tailored for any mood or occasion.” Access to YouTube Red [where available, according to Google] will also be available so you can enjoy your favorite videos ad-free.

Until Vega hits the market, we just have to keep our fingers crossed and hope it meets up to our expectations. We also hope AI-powered device is able to give Google Home and Amazon Echo a run for their money.

Got something to add to this story? You can add it by using the comment section below.