Samsung and Google have introduced a powerful tablet with the world’s highest resolution display.

The latest device to come from the Google-Samsung partnership, Nexus 10 is an astonishing device that matches Samsung’s superior hardware, Android 4.2 Jelly Bean – the latest version of Google’s mobile operating system, and the best of Google’s apps and services.

The world’s highest resolution tablet display, an all-new multi-user support, immersive HD content, and the best Google apps – all key features to make the Nexus 10 the most complete device for tablet users. 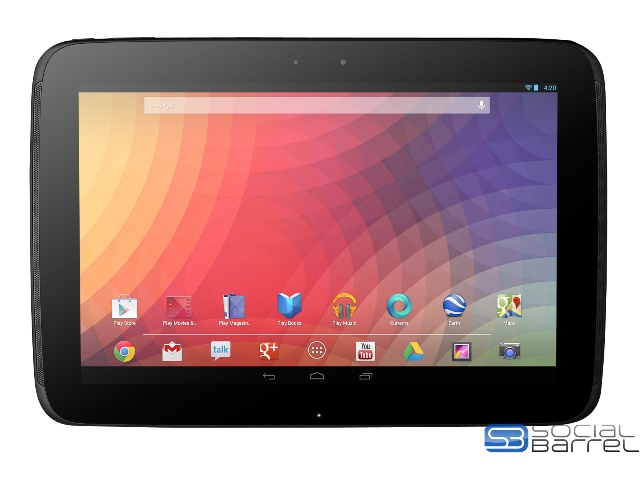 With a fast dual-core A15 processor and advanced MIMO Wi-Fi, the Nexus 10 will give users web browsing speeds four times faster than normal Wi-Fi transfer rates.

With a 1.9 MP front-facing camera, video chat enthusiasts can stay connected simultaneously with up to nine friends through Google+ Hangouts.

“Nexus 10 was made for everyone to enjoy,” says Samsung in its press release. “Just turn on your tablet and tap your photo to sign in to your own home screen, apps, email, photos and storage. All new multi-user support lets each user have their own separate space, and save their own individual high scores on games, all on the same tablet. With the new Daydream mode on Nexus 10 you can display useful or delightful information on your tablet when it’s charging. Choose to show off your photo albums, get the latest news from Google Currents, and more.”

Both Samsung and Google have a longstanding partnership that aims to deliver the most powerful Android devices and allow users to stay always on the top of their game with the latest technologies.