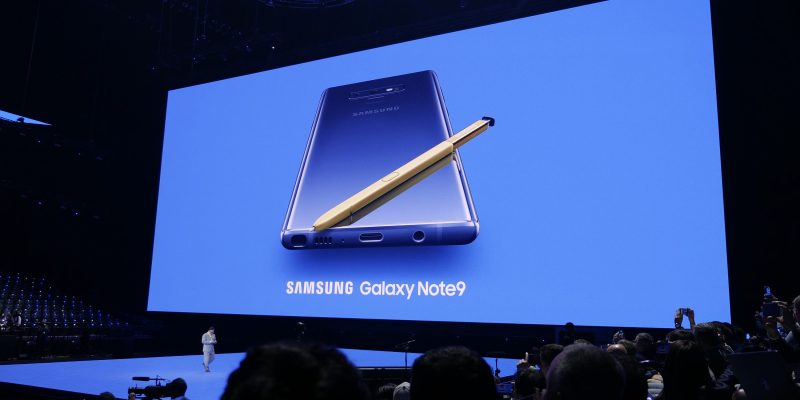 Following months of speculations, Samsung has finally launched the Galaxy Note 9 at an event in New York. Not much of a surprise there as the Note 9 bears semblance to its predecessor the Note 8.

The Note 9 is powered by a Snapdragon 845 chipset, with a 128GB of storage on the base model. However, you will also have an option to choose a 512GB as the South Korean phone maker has an alternative upgraded model with a complete 8GB of RAM on board.

Perhaps, the most noticeable feature of the latest phone from the South Korean phone giant is the S-Pen, which is being made available for the first time on the Galaxy Note 9. The die-hard Galaxy phone lovers out there will be much pleased to find out that the S-Pen comes with new colors, and is also Bluetooth connected to your phone. This, according to 9to5google, allows handy features including the ability to use it as a remote shutter button for the camera.

Of course, you are anxious to know what Samsung has to offer in terms of the camera of the phone; well, the Samsung Galaxy Note 9 comes with a dual-camera setup. It boasts of a dual-aperture primary sensor, which is not different from what other Note 9 phones boast of.

New to the Note 9 is an AI camera mode built into the software, which adjusts the camera settings to help you get the best possible shot. That aside, it also boasts of the ability to detect things such as when a person blinks and ultimately recommend a repeat of the shot.

One other area where Samsung has vastly improved upon is the battery life—the Note 9 is packed with a 4,000 mAh battery. With 20 percent boost over what we had in last year’s device, users can at least enjoy their purchase for a much longer time before they start getting worried of charging it for further use. If the words of Samsung is anything to go bye, the company said consumers can enjoy the device all day on a charge. Charging is not a problem, at least you can get that done with the USB-C, and the faster wireless charging which also comes with the pack.

The 128GB starts a staggering $999, which is a bit on the high side, while the 512GB unsurprisingly goes for $1249 at designated stores. Want to get your hand on the Galaxy Note 9, you can do that right away by placing your pre-order which opens today, while device will ship to customers before the end of August.

In the US, the Samsung Galaxy Note 9 will be sold through all major carriers, while customers who wish to buy on Amazon can get their hands on the unlocked.

Just last month, Samsung posted a three 30-second ads poking at iPhone X in a bid to prove to the world that its products are faster than the iPhone X in terms of internet speed.

In one the videos, Samsung pointed at the missing fast-charger, while another one revived talks of the missing headphone socket. The third video hyped the Samsung Galaxy S9’s higher score in DxOMark camera tests.