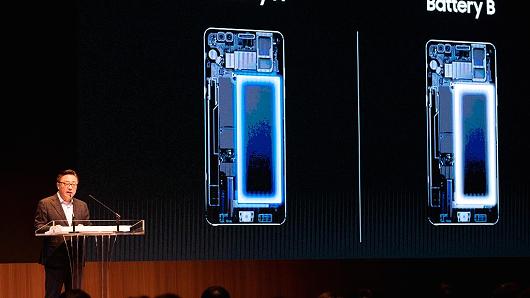 Following weeks of investigation into what caused the Note 7 fires a couple of months back, Samsung has released its findings to the public. With a humble and heartfelt apology to its customers and everyone out there, the South Korean smartphone giant blamed the fires on faulty batteries from 2 suppliers.

“The lessons of this incident are deeply reflected in our culture and process,” Koh told reporters at a press briefing. “Samsung Electronics will be working hard to regain consumer trust,” per Reuters.

The company has therefore decided it won’t unveil the Galaxy S8 at the Mobile World Congress trade coming up in Barcelona in February. No further details were provided by Samsung on the new date or how long the world will have to wait for the launch of the S8. However, analysts have speculated that the Galaxy S8 would start selling by April.

Explaining what caused the Note 7 fires, Koh told a packed press conference held at Seoul on Monday that the company was “deeply” sorry for the battery issue. He said the company used its internal testing methodology. He said Samsung built a standalone testing facility to isolate the case of the explosions where it tested both wired and wireless charging, iris scanning and the USB-C connector. Though, Koh noted that those were not the exact cause of the fire incident, he promised that the company will institute future precaution to avoid a repeat.

“For the last several months, together with independent industry expert organizations, we conducted thorough investigation to find cause to the Galaxy Note7 incidents.” Koh said, “Today, more than ever, we are committed to earning the trust of our customers through innovation that redefines what is possible in safety, and as a gateway to unlimited possibilities and incredible new experiences.”

Samsung did not make public the names of the two companies that supplied the batteries, but the fact that it conducted a thorough investigation into what led to the fires should assuage angry nerves.

It is still too early to say if the results and moves made by the South Korean phone maker will be enough to win back the trust of millions of consumers across the world. However, every consumer out there will not want a repeat of the experience they went through before the Note 7 was discontinued. This leaves Samsung with no other choice but to be extra careful when releasing future phones.

To this end, Samsung said it will improve on its internal quality processes to forestall future occurrence. It hopes to achieve this by introducing new safety checks for batteries. It will also form Battery Advisory Group with external advisors—and this, the company expect will help prevent a repeat of the fire issues.

For more on the press conference where Samsung announced the cause of the Note 7 fires, you can go here.