Home » Samsung admits waterproofing issue with the Galaxy S7 Active, but says fault has been corrected

Samsung admits waterproofing issue with the Galaxy S7 Active, but says fault has been corrected 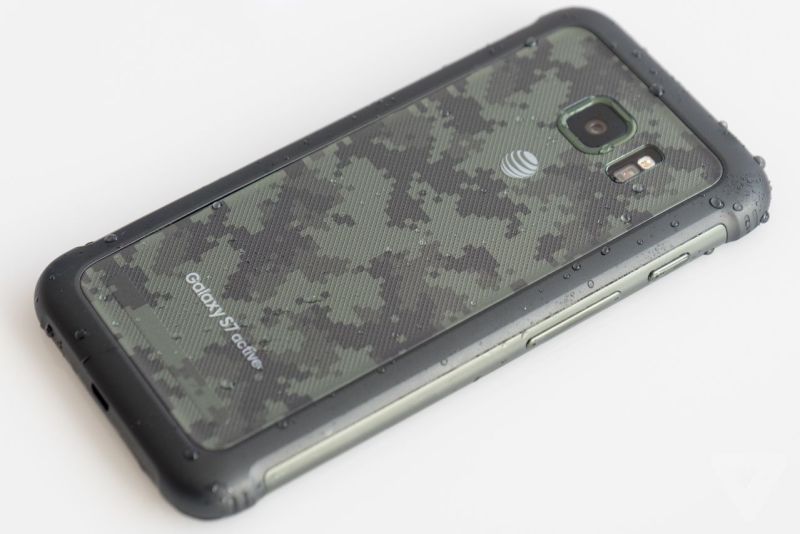 After denying that its Galaxy S7 Active had no waterproofing issues, Samsung has finally admitted to claims made by Consumer Reports and CNET. Reports from the Consumer Report and CNET contradicted Samsung’s claim that the Galaxy S7 was actually water-resistant. The phone did not pass the dunk test carried out on it to confirm if claims made by the Korean phone maker was actually correct.

Other phones made by Samsung, including S7 and S7 Edge models have passed the water-resistant tests; but the S7 Active, which is a rugged model available in the US through AT&T failed to meet up with the expectations of the Consumer Reports per the test conducted.

“Consumer Reports technicians placed a Galaxy S7 Active in a water tank pressurized to 2.12 pounds-per-square-inch, the equivalent of just under five feet of water, and set a timer for 30 minutes. When we removed the phone, the screen was obscured by green lines, and tiny bubbles were visible in the lenses of the front- and rear-facing cameras. The touchscreen wasn’t responsive,” the report claimed when the test was being conducted.

A couple of days after the test was carried out, the team said:

“For a couple of days following the test, the screens of both phones would light up when the phones were plugged in, though the displays could not be read. The phones never returned to functionality.”

The good news for consumers is that the waterproofing issue has now been fixed, per The Verge. “We found a problem in the production line that we were able to correct,” a Samsung representative told Consumer Reports about the Galaxy S7 Active. However, the device currently on shelves won’t be swapped out for units that have no issues unless consumers report an issue. What the company is trying to say to everyone is that the issue only affected a small amount of its devices. “We don’t want people to think there’s the necessity of returning their phone.”

For phones still under Samsung’s one-year warrantee, the company said consumers can return them to where they made their purchase.

In contrast, the Samsung Galaxy S7 and S7 Edge don’t have the same waterproofing issue as the S7 Active, and are rated very highly by Consumer Reports and many other tech blogs. Both devices rate very highly in terms of camera, displays, battery life and attributes.

Consumer Reports did not however, extend its test of the device to prove if actually Samsung’s claim that the S7 Active is able to withstand if it is dropped up to five feet on a flat surface.

“The Active is one of three versions of the Samsung Galaxy S7, and it was the only one to fail our water-immersion test. The standard Samsung Galaxy S7 and S7 Edge claim the same level of water-resistance, and both of those models passed. Those two phones currently top our smartphone Ratings, with Excellent scores for their displays, battery life, cameras, and other attributes.”