More than six years after Twitter creator and co-founder Jack Dorsey sent the first tweet, the company is now among the top ten most-visited websites worldwide and often described as “the SMS of the Internet.”

But what is Twitter and how did it really start?

For those new to Twitter, it is a microblogging platform and social networking service that allows users to send and view 140-character messages, popularly known as “tweets.”

Members can post and read tweets, whereas unregistered users can only read them. They can access it across multiple interfaces and platforms, such as mobile applications, SMS, and the official full and mobile portals.

The actual story behind Twitter, its conception and the co-founders, is different from what we have read or heard from, at least because the official version does not talk about a forgotten co-founder.

The official version says ex-Googlers Evan Williams and Biz Stone worked on a podcasting platform called Odeo. But when Apple introduced podcasting for iTunes, the startup knew what they were up against. For that reason, Williams, Stone, and Odeo employee Jack Dorsey created Twitter. It was a project that did not go well with investors, so Williams, who previously sold his company Blogger to Google, offered them a buyback of all the stocks they bought. Months later, they launched “Twttr” to the public. It was renamed to Twitter, and the rest is history. (Go straight to the infographic by Mashable below, or just read on about the forgotten Twitter co-founder.)

Then there’s the real history of Twitter as investigated, reported, and published by Business Insider’s Nicholas Carlson.

Carlson’s piece talked about lost Twitter co-founder Noah Glass, co-founder of Odeo. Apparently, Glass was the one who was enthusiastically drawn to Jack Dorsey’s idea for a completely new product that focused on “status.” 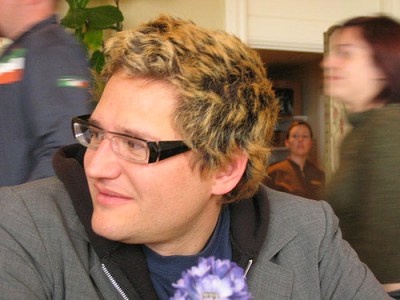 In February 2006, Glass, Dorsey, and contract developer Florian Webber, who worked from Germany, introduced Dorsey’s idea to Odeo. That was the time Twtter was born, and it was Glass who formulated the name.

Evan Williams assigned Glass to spearhead the Twttr team composed of members such as Dorsey, and occasionally, Biz Stone.  Blaine Cook, Twitter’s first CTO, told Business Insider in an interview that Glass “pushed for the project to be started.”

Glass told the paper he is not the only founder of Twitter, but he feels cheated on that his key role has been wiped out from the company history. He added that Florian Weber is not getting enough credit as well.

In an exclusive conversation with Business Insider, Noah Glass said, “Some people have gotten credit, some people haven’t. The reality is: it was a group effort. I didn’t create Twitter on my own. It came out of conversations.”

After you contemplate on the interviews and reports from the links above, you can move on to this infographic by Mashable that highlights some of the important events in the history of Twitter.