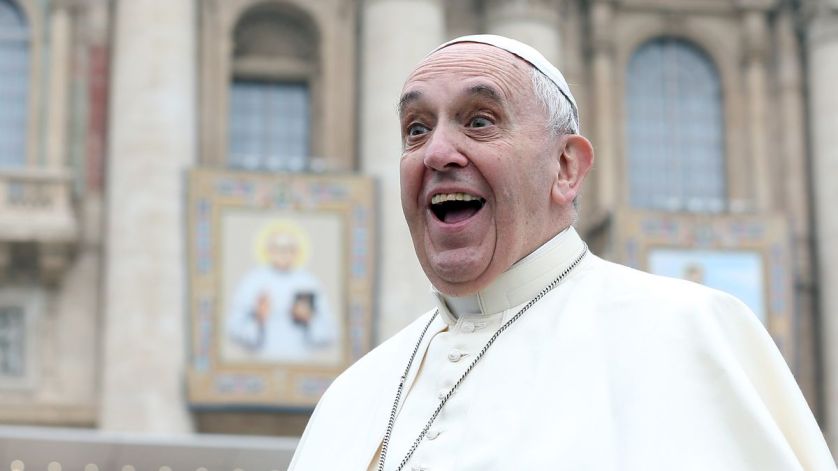 If you could give up one thing during the annual Lent period; what would it be? In case you are having a tough time making up your mind on what to give up; Pope Francis has a word of advice for you. During the weekly General Audience in St. Peter’s Square on Wednesday, the Pope advised the 12,000 people who gathered to “disconnect from cell phones and connect to the Gospel.”

The Pope per Vatican News, said the Lent period “is a time in which to turn off the television and open the Bible. The Pope went on memory lane explaining to his audience how as a child he had no access to television, yet his family made point of not listening to the radio.

“It is the time to give up useless words, chatter, rumors, gossip, and talk and to speak directly to the Lord,” he said of the Lent period which kicked off today across the world and would last for forty days—the same number of days Jesus Christ spent on the mountain without food and water.

“Fasting is being capable of giving up the superfluous and going to the essential. Fasting is not only losing weight, it is seeking the beauty of a simpler life,” he said.

For millions of people in the world, disconnecting from their mobile phone is a big ask—yet this remains one of the biggest challenges out society faces today. The social media for one, is perhaps, the biggest threat to the kind of lifestyle the Pope is referring to in his Lenten message.

Many tech giants, Google in particular has over the years added several measures to help people check their mobile and social media addiction. This, to an extent has helped, but the impact has not really been felt the way most of us expected.

Google’s Android for example, has Digital Wellbeing tools that can provide you with a daily view of your phone checking habit. The tools allow you to see how you can use your phone apps. You can also set limits on how to use those apps through timers. Recently, Google released three new apps to further assist you in understanding your tech use.

Just last January, Google introduced three new Digital Wellbeing apps to help improve how people use their mobile phones and check addictions. The first one is the Envelope, the second is the Activity Bubbles, while the third is the Screen Stopwatch.

All three apps perform different functions, but are all geared towards checking your mobile phone addictions.