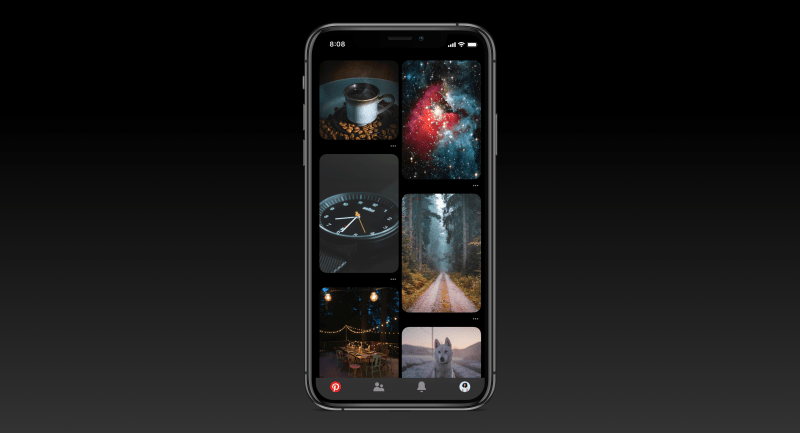 About a fortnight ago Jane Manchun Wong had reported through her Twitter page that Pinterest was testing a Dark Mode feature—and now we have an official roll out. Pinterest, the world’s biggest catalog of ideas has officially launched the Dark Mode that will protect your eyes from bright lights. The feature was announced by the company on Monday—putting the platform in the same league with some prestigious social media apps like Twitter, Gmail, and many more.

The feature darkens the app’s interface, and is available on both iOS and Android operating systems. According to the company, the feature was borne out of demands from users who yearned for the theme because the white background “can be too bright” when they browsing pins on the app.

Pinterest acted upon feedback it received from its users. The company said the dark theme came as a result of being at the top of the most requested features from its users. The feature is not just good at protecting your eyes, it also helps to extend your battery life.

To enable Dark Mode on iOS, simply go to your phone’ settings and select “Display & Brightness,” then Dark Mode option. This will enable the app to follow your phone’s theme by default. On Android, simply select Dark Mode via your Pinterest app settings or through your phone’s settings.

The feature, which launches on Monday, is available on the latest version of Pinterest, and to all users. As expected with new features like this one, the Dark Mode feature could take a couple of days to arrive on your device but surely you will soon be able to use the app’s new feature in no time.

Pinterest recently integrated shoppable pins with visual search into its app. This makes it easier for you to buy products that you have taken photos of. Lens, a visual search product from Pinterest, allows you to search for items you have previously captured with your phone’s camera. The feature also allows you to upload your existing photos from your camera roll.

Going forward, Pinterest will start surfacing shoppable pins in visual search results. This could serve as a powerful tool as tool to help a user or shopper make up his mind when shopping with the Lens. The idea is that a user that has gone through the length of taking a photo of a product he likes and searching for in on the platform will eventually want to buy.

For Pinterest, there is every reason to be positive about Lens for the future looks really bright and holds a lot of promises. As a matter of fact, things can only get better with Lens, and it is some form of good news for Pinterest.