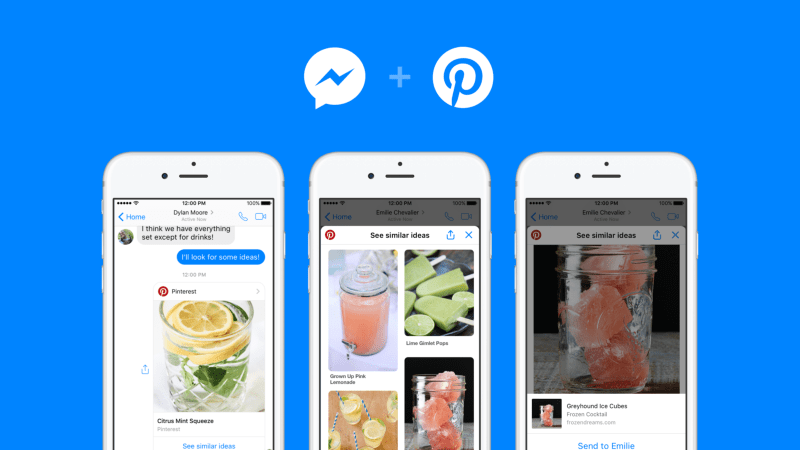 Pinterest has launched a bot and chat extension that will henceforth display its full pin images in Facebook Messenger. That means you will start seeing more pins in the messaging app—and that will mark the start of a new partnership between the two social networking behemoths.

Facebook has 200,000 bots dedicated to creating unique social experience for its users—and Pinterest has swelled that number. Close to 1 million pins are shared on Messenger every week, and the new bots and extension will further boost the presence of Pinterest on the messaging app.

To make it simpler to share pins with people without leaving the messaging app, a chat extension has been launched. The new addition will not only improve your sharing experience, but will now display the full image of your Pins in Messenger as soon as they are shared. To see a richer and more integrated experience, simply tap on a pin in Messenger. 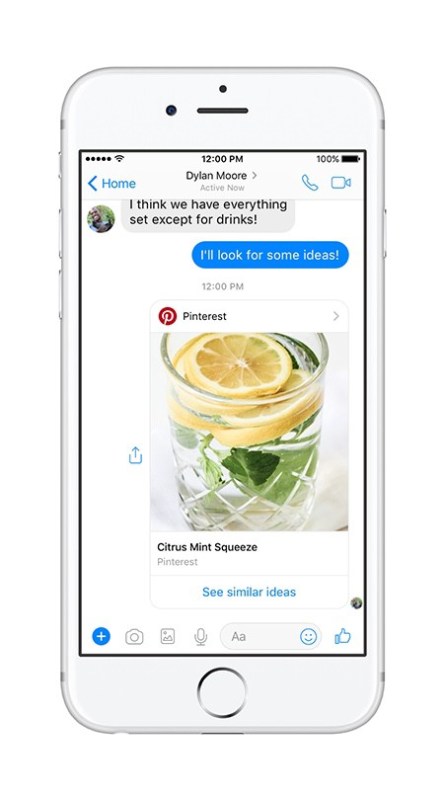 The Pinterest bots will make it even easier for users to search for pins such as recipes, products, ideas, and style inspiration among others. To get started, initiate a chat with the bot and select a topic like “food,” “home” or “DIY” to get recommendations from our dataset of +100B ideas.

Pinterest is the world’s number one catalogue of ideas; and despite not being as big as Facebook and Instagram, it’s still one of the best places to get great party ideas from. It is the number one place for party and event planners. Last month, the company went a step further by announcing a new feature that will enable you to sort or arrange your event and party ideas, and keep things tidy.

Board sections as Pinterest describes it, gives you a way to cut your ideas into smaller parts—and everything stays on the same board. It really doesn’t matter what the event is; you can have them all sliced up into smaller unites all within your board.

It saves the user a lot of time—and lets you go straight and get things done in a jiffy because you know exactly where to go. Pinterest is a website that is well known for the way it organizes things—and this new feature will further endear it to the heart of every user out there. Board sections is one of the most requested features ever in the history of the company.

In August, Pinterest launched a feature lets you pinch a photo to zoom in and out on various Pins. Instagram, among several other online services have almost similar features—and will continue the company’s goal of keeping its service competitive.